Bungee Jumping in Rishikesh for My “12 Fears” Challenge

It takes everything I have to shuffle my feet forwards the last few inches until my toes are touching nothing but thin air. Every instinct in my body is telling me to pull my feet back, to step backwards again so that I’m standing firmly on solid ground, but I force myself to ignore it. Mind over matter. Determined to fight the fear, I try to look calm and ready, but my knees have locked up and I’m shaking so much that I’m sure the platform must be vibrating. At my back, I can feel the reassuring weight of the instructor’s grip where the bungee cord connects to my harness. I don’t want him to let go. Knowing that if I hesitate here for another second I’ll never do it, I take two huge gulps of air to steady myself – eyes fixed determinedly forwards, not looking down – and croak out the words “I’m ready”.

Never in my life have I heard such a fast countdown. It’s as if he shouts all four words at once. Threetwoonejump – a blur – and I have to jump. So I jump…

This year, I set myself a challenge to do one thing a month that scares me, in the hope that it would help improve my self esteem and turn me into a stronger, more confident person. I truly believe that fear can be good for us, and despite the fact that I’m afraid of almost everything, I’m also a bit of an adrenaline addict. I love the thrill that comes right after the feeling of fear.

In March, I was travelling through India, and struggling to think of what I could do for the challenge that month. So, when I arrived in Rishikesh and saw the posters for Jumpin Heights, it was the obvious answer. I would go bungee jumping in Rishikesh!

On the morning of my last day in Rishikesh, I woke up early and set off – first on the back of a scooter with one of the lovely guys from Bunk Stay hostel, then on a juddering bus bouncing around the sickening curves of the mountain roads outside town. Suitably psyched up, with my insides clenched and my stomach a lead weight, I arrived at the Jumpin Heights headquarters. I was feeling jittery, to say the least, but refusing to let it show. A lot of the posters for Jumpin Heights declare “Be a Man: Bungee Jump”, so I’d decided I had to ‘own it’ for the girls and prove that manliness has nothing to do with guts (and actually, the only person I saw whimp out of the jump that day was a boy. So there!).

Since no one else wanted to try bungee jumping in Rishikesh with me, I was on my own. But there were four of us from the bus ride all doing the jump at the same time, so we formed a group and stuck together. I was really reassured by the safety standards at Jumpin Heights, which seemed pretty high. We were weighed twice – at check in and again right before the jump – and everything was done carefully and thoroughly. They pride themselves on the fact that they follow the same safety standards as Australia and New Zealand, and given the lack of health and safety rules I’ve witnessed throughout Asia I’d say this is a pretty big selling point.

Disclaimers signed and weights written in embarrassingly large letters on our hands, we shuffled off in the piercing sunlight to the jump bridge. This monstrous yellow structure juts out from the cliff over the valley floor 83 metres below – making for a pretty staggering jump. I hate heights at the best of times, so I was doing my best not to look down as we sat in the holding pen awaiting our turn.

After waiting for what seemed like an eternity, I was feeling surprisingly calm, and when I was sent up for my turn I practically skipped across the bridge. Nerves had subsided into excitement temporarily, and I was giggling as I was weighed a second time, harnessed up, and had my feet strapped together in padded handcuffs.

It wasn’t until my toes were poking over the edge of the jump platform that I started to feel tense with fear again. Wisely, I avoided looking down, and decided to get things over with before my nerves peaked and I couldn’t do it. Not feeling ready at all, I squeaked out the word “ready”, the instructor shouted his countdown, and without giving myself time to think about it I threw myself forwards in an almost-dive. I say almost because I faltered as soon as I actually saw the ground, which made it a little less than swan-like. If you watch the video below, you can probably pinpoint the exact moment that I realise what I’m doing and pure terror wrenches through my body. Plus you can have a laugh at my ridiculous screams…

Within a split second, my body went from excited, to panicked, to terrified, and then with a horrendous jolt – one that left me very mildly whiplashed for a few days – I was wrenched back upwards by the bungee cord and was pinging through the air. Suddenly, all the fear was gone and I was running on pure adrenaline. I let out a huge whoop of delight – immediately replaced by another scream as gravity pulled me back down towards the earth – and for the next few seconds I was bouncing wildly up and down, swinging and sweeping, and feeling ecstatic with the surge of adrenaline and the thrill of having done it.

As the pinging slowed, the guys on the bridge slowly lowered me down towards the ground, where I had to reach out for first a pole, then hands, as two men guided me limply onto a mattress. I lay on my back, staring up at the yellow bridge so high above me, panting and giggling as they unshackled my feet, and before I knew it the whole thing was over.

My experience bungee jumping in Rishikesh was one I’ll never forget. The fear was intense, but it wasn’t the worst I’ve ever felt – and the rush of adrenaline was an amazing fix. I would have paid to do the jump again straight away if they hadn’t been fully booked – but instead I’ve promised myself to find another, higher jump and give that a try as soon as I can.

Now, you can watch my bungee jump again in slow motion! Because I’m so talented at video editing (!) I made this little slo-mo version so that you can really see the utter grace and beauty of my dive. Enjoy…

PS – I paid for my jump with Jumpin Heights and I’m not affiliated with them in any way.

What’s the scariest thing you’ve ever done? Let me know in the comments – I need inspiration for my next challenge! 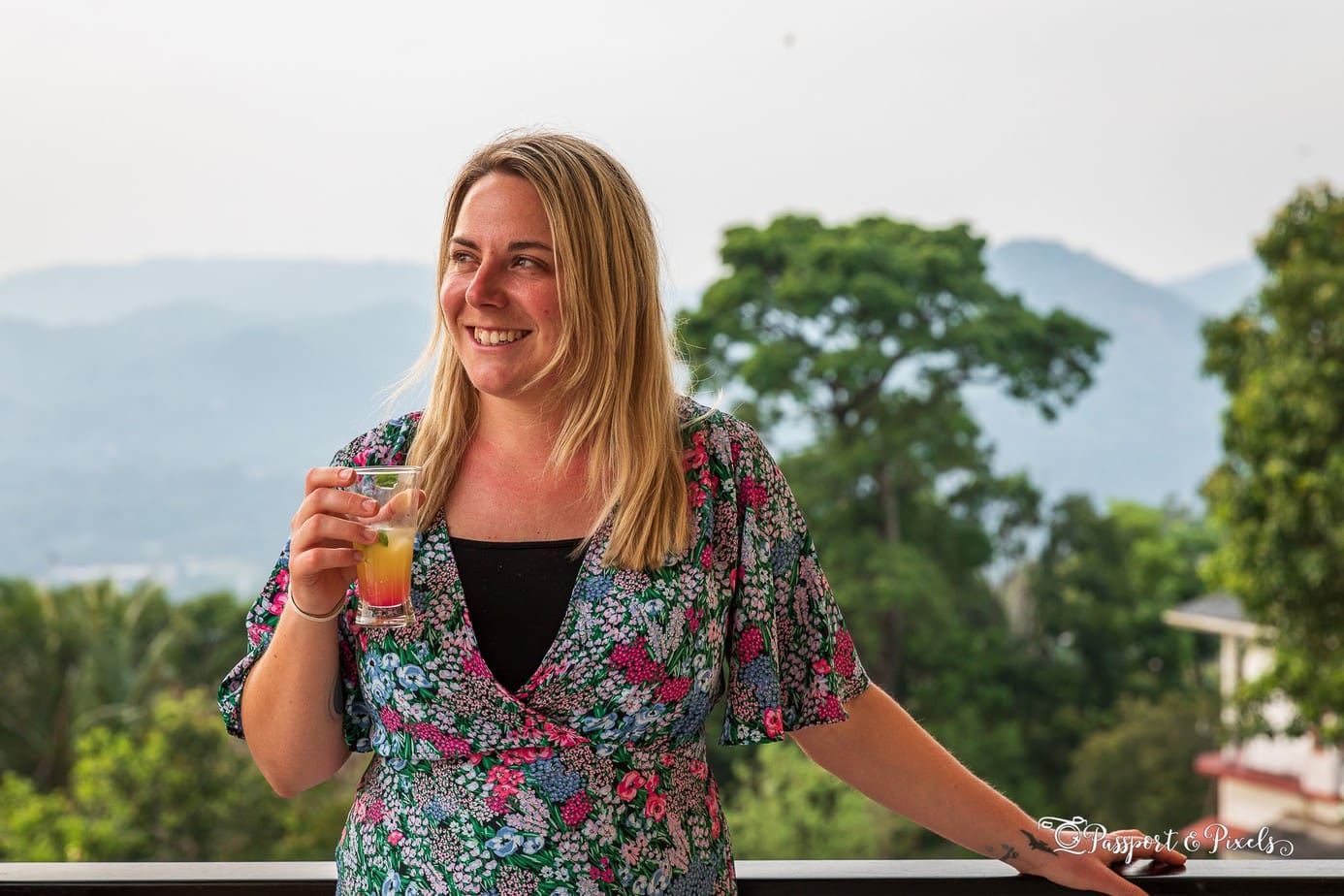