7 Tips to Avoid being Robbed While Travelling

It was there, and then it wasn’t. Through the haze of one-too-many rum and cokes, I felt the panic rising like a far-off roar. My phone was gone. I knew immediately that it wasn’t coming back, but the friends I was with tried to keep up that state of hopeful denial we’ll always cling to. We re-traced our footsteps. We looked on the floor. Someone tried to call it, but it was already dead.

I was at a party in Mexico. I’d been travelling for a while, I was with friends, and Mexico always felt like home. I’d gotten complacent. Not being quite as vigilant as I usually was, I’d managed to get myself robbed not once but two times in a matter of weeks. The first time it was just cash, but now here I was, alone in Mexico City without my phone.

Thank goodness for travel insurance, and for Dropbox’s cameraroll backups. The real pain was trying to navigate my way around Mexico City for 3 days without a phone, including finding my way to a police station to report the incident. No Google Translate, no Maps, no easy-access 3G to quickly search for the nearest launderette. It really opened my eyes to how reliant on the thing I’d become, and in the end I had to use my credit card to buy a cheap replacement until my insurance came through.

Thankfully, over years of travelling that’s the worst thing that’s ever happened – which I know makes me pretty lucky really. In general, if you’re careful and use common sense, it’s not too hard to avoid being robbed while travelling. Here are a few of my top tips…

7 Tips to Avoid being Robbed While Travelling

This really is a must, and I’m always confused when I meet travellers who don’t have it. Like the girl I met in Goa who got bitten by a stray dog and needed multiple rabies shots. She didn’t have insurance, so she had to pay for those herself!

I think a lot of people take an “it won’t happen to me” approach, or just never think about it. But it can happen and it’s better to be prepared! Seek out decent travel insurance and make sure you have the right cover for everything you’ll be doing. Bear in mind that some travel insurance packages don’t cover longer trips or more adventurous activities. So if you’re going travelling long-term, take a look at a Backpacker-specific cover like the one from Post Office Travel Insurance. And don’t miss their top tips for solo female travellers while you’re there!

Write down your Insurer’s overseas telephone number and your policy number somewhere safe. Also make a note of your phone’s IMEA number, in case you need to make a claim for it.

READ MORE: Tips for keeping your valuables safe when travelling

The handful of times I’ve been unfortunate enough to be robbed, it’s been when I felt the safest. For instance, inside my hostel in Nicaragua, surrounded by other travellers, with my bag just behind me on the table.

Try not to feel complacent, just because you’re with friends or in a place that “seems safe”. In the words of Mad-Eye Moody: CONSTANT VIGILANCE!

OK – I’m not saying you never relax, or that you should be suspicious of everyone. But just don’t drop your usual common-sense practices because the vibes are good.

Again, the few times I’ve been robbed were always after a couple of drinks. Obviously, I’m never going to say don’t drink – but try to keep your wits about you if you do. Just take a couple of precautions before going out to a bar.

Leave your passport and credit cards in your hotel room or hostel locker, and only take as much cash out with you as you need for the evening. Also, try not to drink too much if there’s no one around who you trust to look after you.

4. Invest in an Anti-theft bag

Pickpocketing can be, unfortunately, pretty common when you travel. If you’re out and about in areas you’re not sure about, especially after dark, then an anti-theft bag is a really good idea. There are lots of options that look just like regular handbags and backpacks – I like the Travelonrange.

Anti-theft bags should be slash-proof, which prevents organised thieves from cutting the side of the bag for easy access. It’s a common trick in crowded areas, and I’ve seen it happen to a friend at Barranquilla carnival. Someone cut the corner of her bag and she didn’t notice until they’d run off with the stuff. Another good feature is a lockable zip, so that a potential pickpocket can’t slyly open the bag. 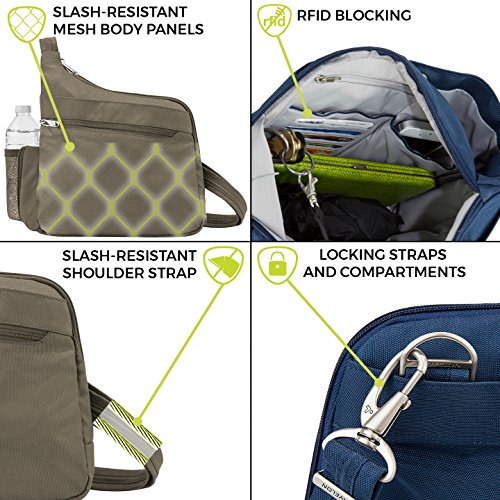 5. Don’t Advertise what you Have

Try to keep your valuables out of sight – especially in crowded areas. A thief is more likely to target someone they are certain is carrying valuables. My ex used his tablet on a bus, and later it was stolen from inside his bag while he was asleep. If no one had known the tablet was there, it’s less likely they’d have bothered.

Turn the brightness down on your phone if you have to take it out at night, and try to keep it in your bag whenever possible. Be particularly careful on busy streets, public transport, and in crowded bars or restaurants.

Thankfully, when my phone was stolen, I didn’t actually lose anything other than the phone itself. Everything was backed up and synced so I could easily access it again. Here’s how I do it:

Photos – I am such a huge fan of Dropbox, which automatically backs up all the photos on my phone every time I connect to WiFi. You have to set that feature up, so make sure you do. It’s SO USEFUL! It’s also free for an account with up to 2GB – I pay for the “plus” account though as I need a lot of storage space.

Notes – All my notes are stored on Evernote, which syncs across all my devices. You can also revoke access from any signed-in device on your online account, which means no one can access your notes, diary entries, random thoughts, or whatever else you type up on your phone.

Numbers/accounts etc – All my phone’s basic stuff is backed up in my Samsung account, making it easy to start again with a new phone. If it’s another Samsung phone I can just sign back in, and it will automatically load my contacts. It will also reinstall all my apps and place them back in the same order I had them on my screen. Technology, eh?!

Most smartphones offer a “find my phone” function to help out if you lose your phone. It will track your mobile through GPS (as long as it’s switched on) and tell you where it is. You can also activate a “this phone is lost” message with a contact number to display on the screen, in case someone finds it before you do.

If your phone’s been stolen, the thief will likely turn it off, so the “find my phone” feature won’t be as helpful. But you can also use it to lock your phone (so that no one can access your files or info), backup data to the cloud, or – if necessary – wipe all data from the phone.

Make sure you’ve activated the feature before you go travelling. On my Samsung, you do that in the settings – and you need to sync your phone to a Samsung account. Get it all switched on and make sure all the necessary features are activated, and be sure to memorise the account password!

Do you have any tips for avoiding being robbed while travelling to add to this list? Scroll down and leave us a comment!

This post was brought to you in collaboration with Post Office Insurance. As always, all words and opinions are my own! 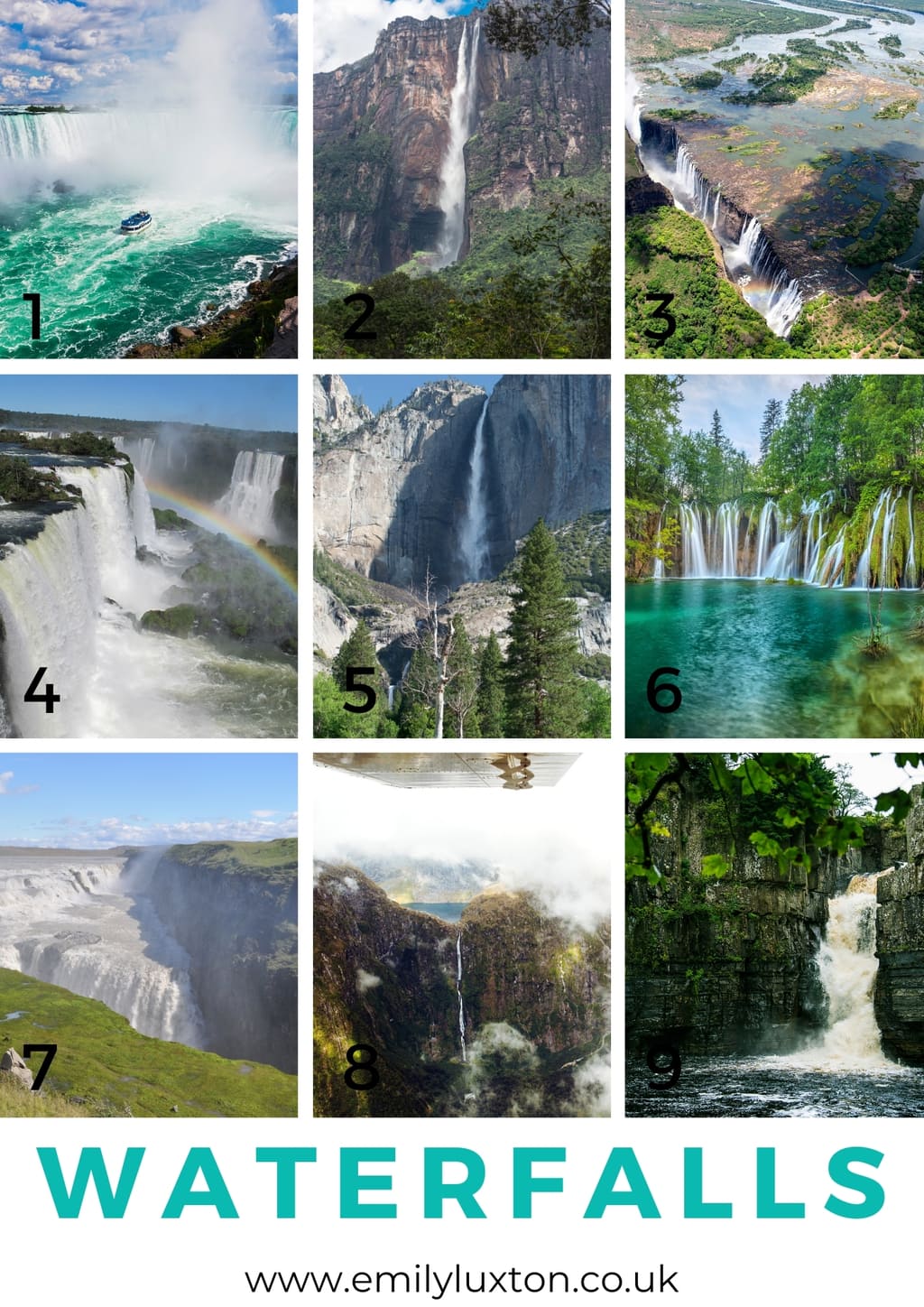 Get your UK Passport Photos Online the Easy Way!

Need to renew your passport but don’t want to leave the house?! Order your UK passport photos online and you won’t have to!

Some brilliant picture quiz ideas to liven up your next Zoom trivia night! Have fun and get creative with these awesome picture round ideas!

2 thoughts on “7 Tips to Avoid being Robbed While Travelling”