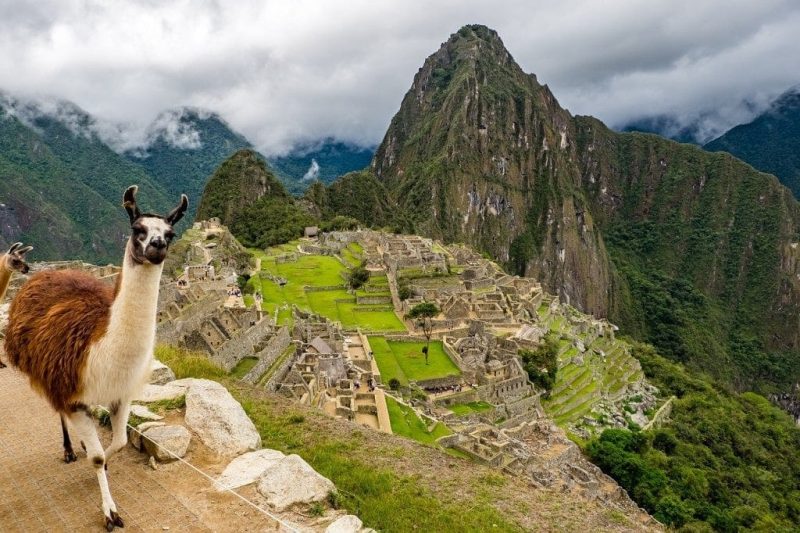 One of the things that had me stumped when I was planning for my backpacking trip was what kind of travel plug adaptor for South America I needed. Previously, I’ve only really needed the same European one, but, as it turned out, for South America it’s not so easy. Many of the countries I was headed to had different electrical outlet plugs and different voltages, so it’s not really a one-plug-fits-all job!

To solve the problem, I found a World Wide Travel Adaptor, which really helped out when I was travelling around South America. It’s a super handy little gadget that converts a UK plug into three different plug types – Type A, the American style two-pronged plug (the prongs can also be adjusted to switch to Type I, as used in Australia), Type C, the Northern European rounded two-pin and Type E, the Southern European rounded two-pin. These three plug types can be used in over 150 countries; including all the South American countries I’m heading to. Perfect!

Update: Originally, I was using the World Wide Travel Adaptor shown on the right. However, this product is no longer available, and about a year or so ago I lost most of the parts for it. Since then, I’ve been using a World Adaptor from SKROSS, so I’ve updated this post a little.

The USB World Adapter from SKROSS is a small, lightweight travel adaptor suitable for over 150 countries. Rather than only converting a UK plug to the rest of the world, there are multiple input sockets which overlap – so you can input a plug from the UK, Euro, USA, Japan, Australia, China.

There are also two USB ports, meaning you can plug a USB cable directly into the World Adaptor and charge your mobile or other USB devices at the same time as using the plug for, say, a laptop or hairdryer. Then, the various output plugs – which work in over 150 countries around the world – simply pop out using the black sliders on the side of the adaptor. It’s so easy to use, and far more compact than the worldwide travel adaptor I was previously using.

Although this Swiss-made adaptor doesn’t convert voltage, this shouldn’t be a problem, because most new electronics are able to support both voltages anyway – although it’s always a good idea to check the power input details on your device before plugging it in. If, like my Chromebook, it says 100-240V~50-60hz; you’re good to go! The SKROSS adaptor is super compact, easy to use, very lightweight, and really sturdy – making it the ideal travel companion. I love it!

So, it should be that the only thing you need to worry about when travelling South America is which output plug to use where. Here’s a list of all the plug types by country:

Plugs in South America – by Country

May use either the standard European rounded two-prong plug (Type C), or the 3 prong plug used in Australia (Type I).

Either the American two-prong plug (Type A) or the European (Type C). Many outlets have been designed to accept both types of plug.

Either the European rounded two-prong plug (Type C) or the three-pronged plug used in Australia (Type I).

to buy your own Worldwide Adaptor – or HERE if you’re in the USA!