I long to ride a bike, dance, whistle, look at the world, feel young and know that I’m free.

On my recent trip to Amsterdam, I had to try to cram a whole city into just one day of sightseeing, so I planned out a loose schedule with a few of the things I simply couldn’t miss. The one thing that was most important to me was the one I did first, and even got up early to beat the crowds; the Anne Frank Huis. I read 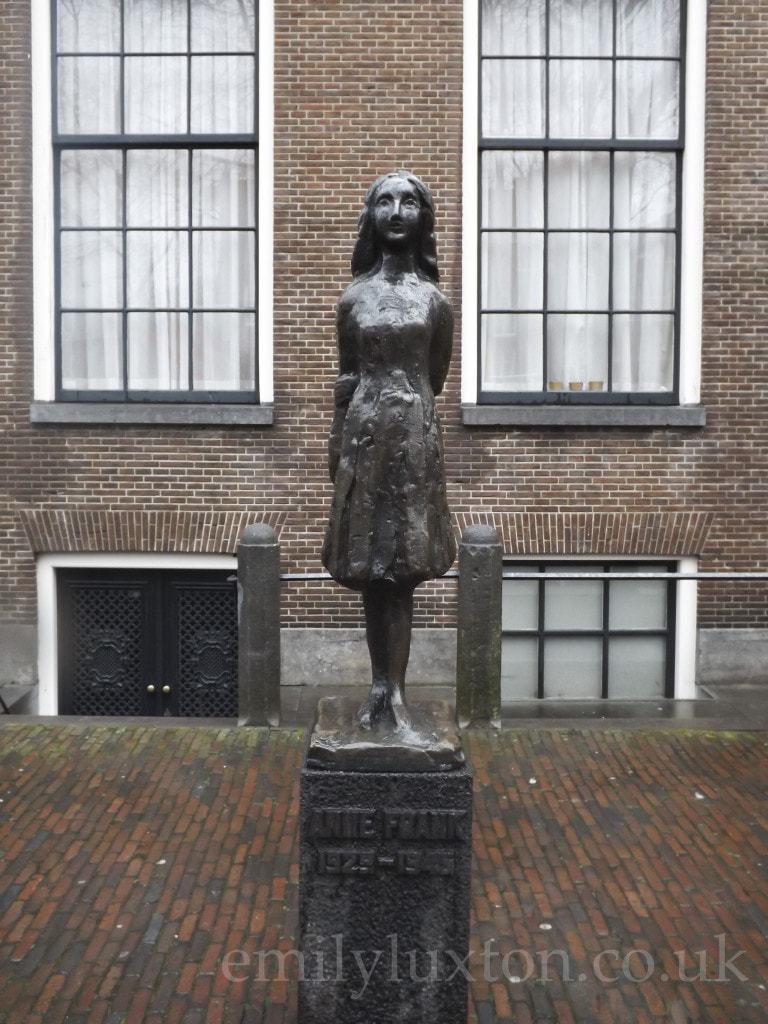 Anne Frank’s diary while I was at school, and I strongly felt the importance of visiting the scene of that tragic story.

The Anne Frank House is on Prinsengracht Street, about a ten minute walk from the city centre and in a fairly peaceful area. Close by is the famous Westerkerk, a 17th century Protestant Church which is frequently mentioned in the diary. In the square outside the church stands a bronze statue of Anne Frank by Mari Andriessen, which makes a good stopping-off point before or after a trip to the house.

The museum is fairly small and tends to get pretty full up, especially at weekends. Since big groups of giggling schoolkids and chattering tourists are likely to detract from the overall atmosphere, it’s well worth arriving as early as possible; I headed there around half past nine in the morning and found it relatively quiet. The original house at 265 Prinsengracht Street has been extended into the neighbouring property, which has been renovated with a modern museum space. But the property itself has been relatively untouched, and the dark, narrow corridors created a very striking, sombre mood as I wandered through the house. After a brief introductory video, visitors begin by looking around the old warehouse and offices of Otto Frank’s spice business, which are dotted with photos and quotes from the diary, bringing the story to life.

The Franks, along with Hermann, August and Peter van Pels and Fritz Pfeffer,  moved into an annexe at the back of the property, where they lived for two years until their discovery in 1944. After making my way through the offices on the second floor, I found myself alone on a landing, face to face with the 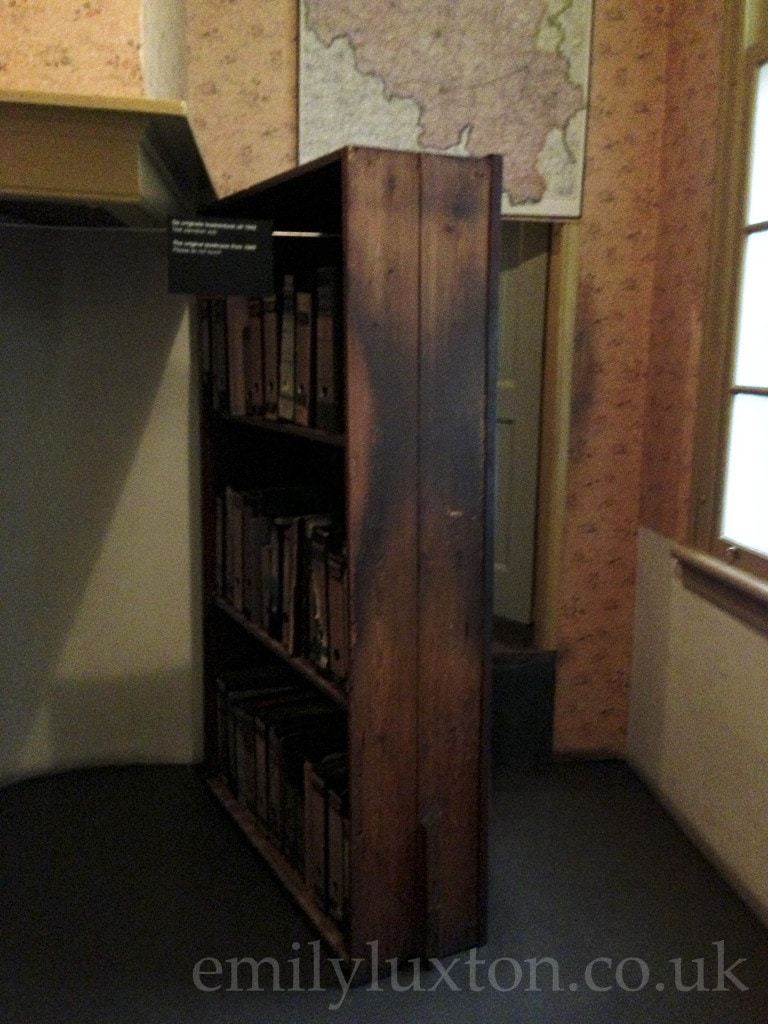 bookshelf – now propped open – which concealed the entrance to the secret annex. Getting in was a tight squeeze and really threw into context the smallness of the space in which these families were living. Inside, although the rooms are now bare, I was struck by the several poignant traces of the families’ lives which linger there. In the sitting room (also Otto, Edith and Margot Frank’s bedroom) the wall is marked in pen with the growth lines of Anne and Margot’s height. Anne’s bedroom walls are still coated with the photographs and magazine clippings which she used to cheer the space up.

Thanks to Father – who brought my entire postcard and film-star collection here beforehand – and to a brush and a pot of glue, I was able to plaster the walls with pictures.

During the day, the curtains in the annexe had to remain closed at all times, so the inhabitants couldn’t even watch the outside world. One of the things that affected me most was standing at the bottom of the wooden ladder leading to the attic, from where I could catch a glimpse of the skylight upstairs. Anne and Peter spent a lot of time in the attic, where they could look outside during the day without fear of being spotted. As I stood there, with my face turned to the same patch of blue sky that Anne had gazed at dreaming of freedom, I felt more sharply aware of the tragedy of the story than I ever have before.

The two of us looked out at the blue sky, the bare chestnut tree glistening with dew, the seagulls and other birds glinting with silver as they swooped through the air.

Once through the secret annex, I wandered back into the front house where a video message from Anne’s father Otto Frank, the only survivor, brought me to tears. The final rooms hold pages from the original diary, and tell the story of how the book came to be published. Anne heard a speech on the radio from 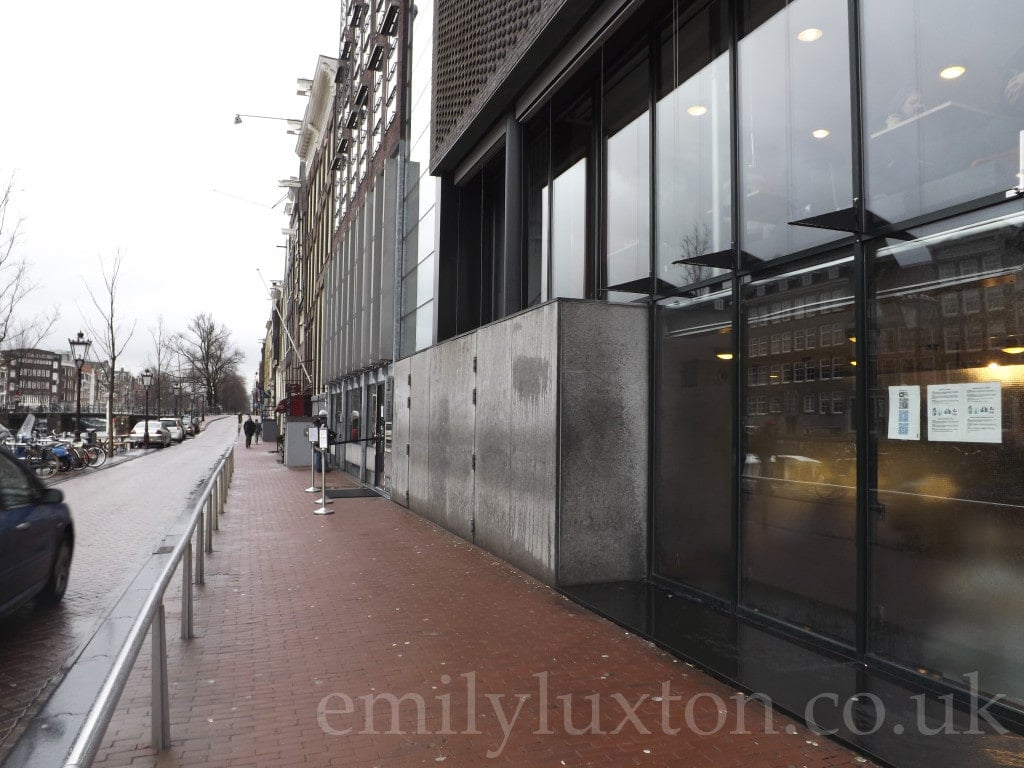 Dutch Cabinet Minister Gerritt Bolkestein, encouraging people to keep hold of their personal documents for after the war to aid in the writing of history. After this, she began to re-write her diary for publication, and when her father returned from the concentration camp he dedicated himself to achieving her goal. The final message of the museum is one of fighting prejudice and discrimination, and promoting freedom and human rights, something that Otto Frank was fiercely committed to.

The story of Anne Frank is familiar around the world, but I don’t think I’ve ever really felt the true tragedy of it before. Spending time in that dark, crooked house with all it’s poignant artefacts of the time the Franks’ spent in hiding there,  looking through the photos of Anne and her friends and family, hearing the 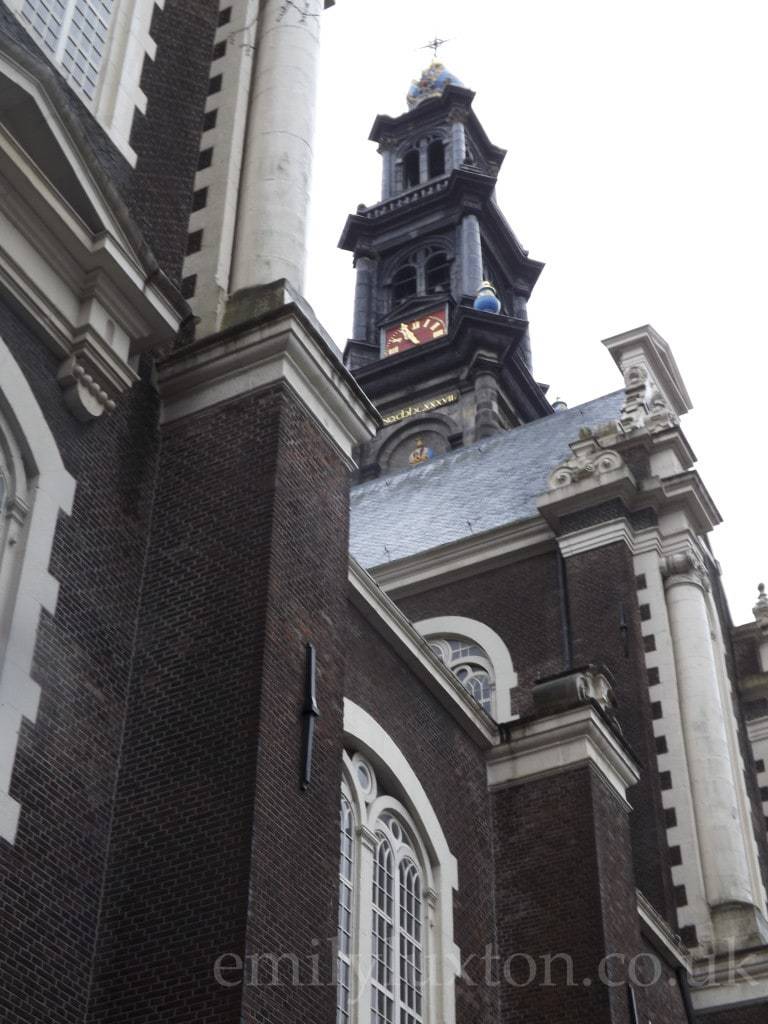 heart-renching stories of people who loved and remember her, really brought the story to life for me.

Human greatness does not lie in wealth or power, but in character and goodness. People are just people, and all people have faults and shortcomings, but all of us are born with a basic goodness.