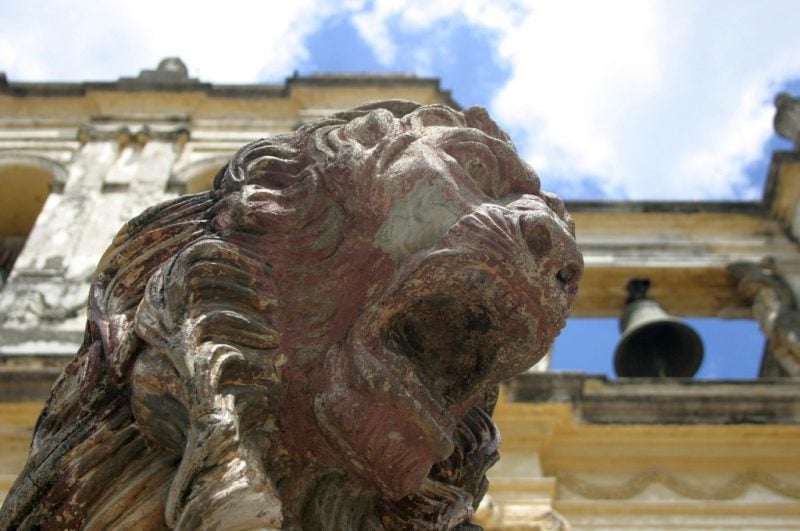 Its not until about halfway through the first beer that I realise I’m on a date.

He’s just asked me a question – something personal, something typical of a date – and he’s looking at me with bright, dark eyes glinting above freckled cheeks. Instantly, I panic. I’m on a date by accident. Drinking beer at 11 in the morning in a cafe in León with a local guy I know nothing about. I can’t even remember his name. A bubble of giggles rises up at my own stupidity, and I squash it down, but an inane grin lingers. I meet his eyes, still ginning, and now I’m blushing furiously too. Flustered. God, I think. He’s going to think I fancy him.

It all happened so fast. That, over time, becomes my mantra for this story. My idiotic reasoning for winding up on a date with a Nicaraguan man by accident at 11am on a random weekday. 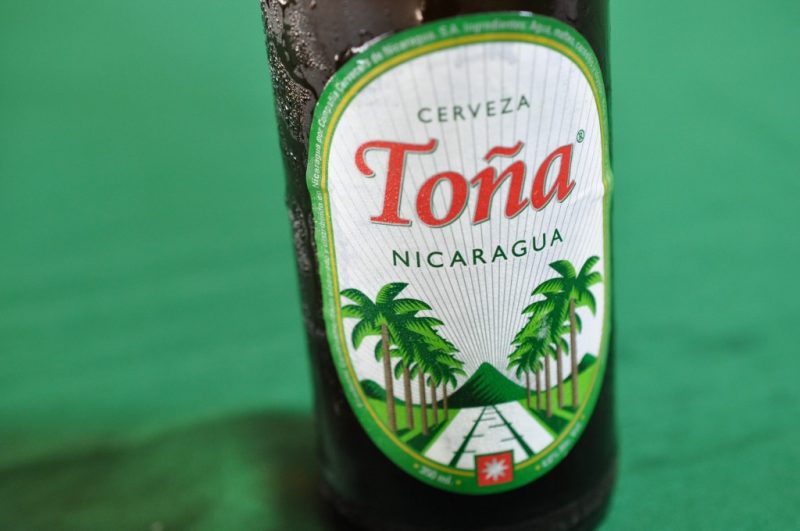 I met Jaime a day or two before, at my hostel. Arriving in Leon from Managua, I unfolded myself from the back of a too-crowded mini bus, smelling of my neighbour’s vomit and day-old sweat, exhausted. I arrived at my hostel crumpled and flustered, desperate for a shower. Wearing yesterday’s clothes, complete with nearly transparent sweat patches. And immediately I was home.

Even after years of backpacking, that hostel in Leon stood out as one of the best I’ve ever stayed in. The lads that ran it were like brothers to me, almost overnight. Claudia the volunteer was my El Salvadorian sister. I found myself in the middle of a crowd of noise, of chatter, like mealtimes in my house growing up with five siblings. Right from that first day – suddenly immersed in a group conversation, my exhaustion melting away – I felt at home. I don’t think I realised Jaime was flirting with me. He was hanging out at reception, leaning casually against a wall, slender arms emerging from a baggy tank top emblazoned with the logo of his tour company. I thought he was just trying to flog me a volcano tour, which – a couple of days later – I took him up on. And that was how it happened.

Leon was stuffy with heat. A thick, solid humidity that broke at night with thunderous storms. Rainy season at the wrong time of year. I woke up late and made breakfast at the big wooden table in the hostel, breathing in the smells of hot air and damp earth, the tropical forest scent of the small courtyard at the middle of the hostel. After only a few days, I was already getting stuck in the delicious laziness of that small, sleepy city – a colourful, crumbling remnant of the Spanish colonists. But the entire reason I’d come to Leon was to do the volcano boarding on Cerro Negro. It was what backpackers did, and here I was, being a backpacker. So that morning, when I bumped into Jaime at reception – he was always at reception – I asked him if I could book the tour. In return, he asked if I wanted to get a drink.

Being a naive, inexperienced, thirty year old woman, I assumed he meant “would I like to sit down for a drink to chat about the tour details”. So I said yes. I also assumed he meant would I like to grab a drink from the fridge at reception, where they sold cheap beers. But he led the way out into the street, into the wall of warmth that our flapping hostel fans only just warded off. We walked a couple of blocks to a nearby cafe, and – still naive – I wondered why he didn’t bring any paperwork with him. Because I still thought he just wanted me to sign something and hand over some cash. 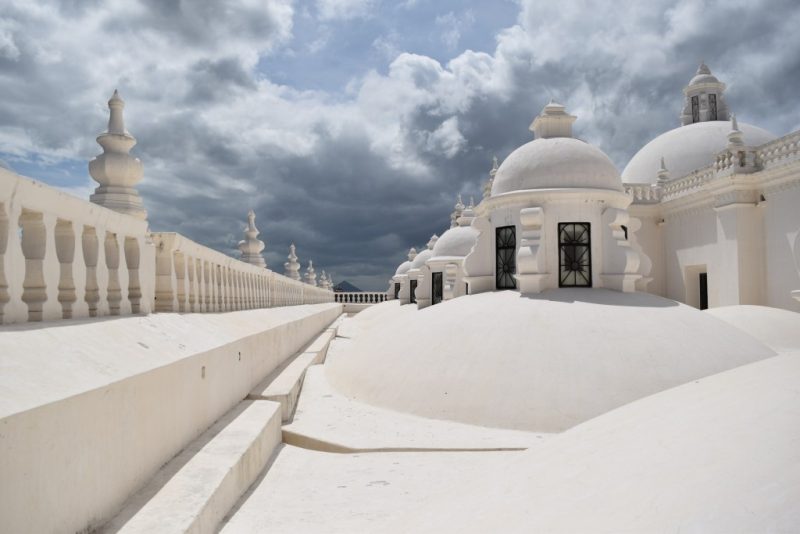 Finally, I caught up. We were already well into our drinks, and had ordered lunch. I was flustered, not because I didn’t want to be on a date with this man, but because it was so unexpected. It had hit me out of nowhere. Then again, if I’d known he was asking me on a date I’d probably have come up with a polite excuse. Afterall I was not in Nicaragua to meet a man, and a steamy love affair with a local seemed doomed eventually and therefore slightly pointless. Slightly.

But there I was, on a date anyway, technically against my will, and I decided to be adventurous for a change and run with it. What’s the worst that could happen, I asked myself (not a motto I recommend, by the way: my life is full of stupid stories that came about as a result of asking myself that question). Jaime was kind of good looking, underneath his hipster beard and intrusive staring. And I had nowhere better to be. And maybe I’d get a discount on the tour. So I stopped being flustered and settled into my date, trying to enjoy myself.

It all started out so well. He was funny, he had good chat. We were having a nice time. Who knows – if he’d kept it up maybe there’d have been a second date. But – and this blatant generalisation comes from several months of experience – some Latino guys can be a bit… intense. By the time we were eating, Jaime had got weird. A polite, British way of saying it would be “full on”. He’d already told me he’d like to be my boyfriend. He kept telling me that I had the kind of figure Nicaraguan men love – using a gesture that I think meant I’m “a bit fat” – but because I was also white it was the best of both worlds. Lucky curvy, pasty me! When my mouth was full of omelette, he asked if he could kiss me. No, cabron, you can’t kiss me half an hour into a first date while I’m still eating! In fact, for future reference for ALL guys out there – food comes first for me. You don’t maintain this sexy, Nicaraguan-coveted figure by interrupting meals for nonsense like kissing.

The whole thing reminded me of those awkward, not-really-dates when you’re fifteen and everyone’s hormones and emotions are all over the place. I half expected him to tell me he was in love with me. He kept putting his hand on my leg or shoulder, and I kept taking it off. He wasn’t being aggressive or weird, just… too much. Too intense. It was like being on a date with a teenager, with someone who’d never really interacted with a human woman before. Like everything he knew about relationships came from films and, I don’t know, perfume adverts, where everything moves quicker than in real life. It was like he thought any minute we’d be making love on the table in broad daylight, bits of omelette stuck to our backs, ketchup smeared on our thighs. Hot stuff eh?! 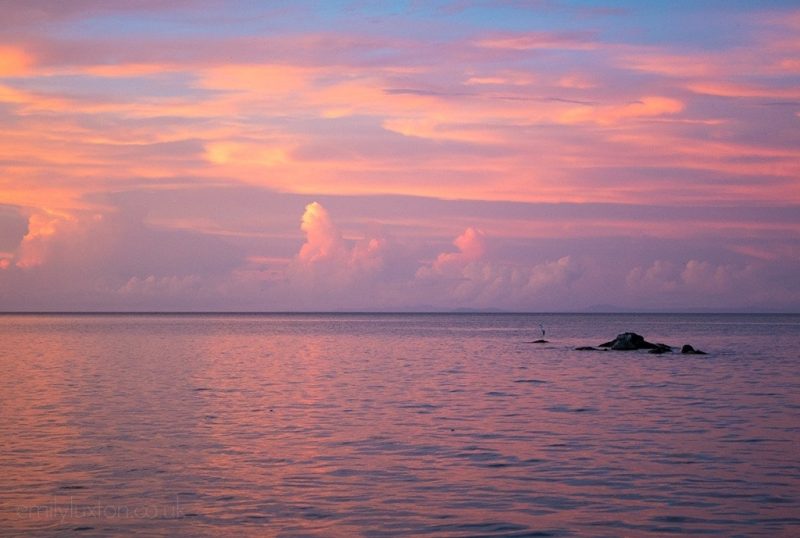 Finally, still giggly from the beers and heady from the general heat of Leon, which felt like the hottest, sweatiest city in the world, Jaime drove me back to the hostel. I couldn’t wait to get back into the weak breeze of the fan and the general normality of people who weren’t about to ask me to have babies with them. Back at reception, about two feet from the faces of the hostel staff, he tried very very hard to kiss me. I turned it into an awkward hug, twice (after months of bad Tinder dates I’m incredibly skilled at evading kisses I don’t want), and escaped back inside to collapse in a fit of giggles.

And I didn’t even get a discount on the tour.

(The poor guy’s name has been changed in this story, for obvious reasons.)