Abseiling Avon Gorge in Bristol for my 12 Months Challenge

Earlier this month, I headed up to Bristol – one of my favourite cities in England – for month eight of my 12 Fears 2016 Challenge. For reasons that aren’t always clear, I’ve vowed to do one thing every month that scares me this year. This month was one of the biggest challenges yet. Taking on my mild fear of heights, and my general fear of everything, I abseiled 200ft down the sheer rock face of Avon Gorge*!

*Psst! Don’t miss the Snapchat video of the abseil at the end of this post…

Why On Earth Would I Do Such a Thing?

This wasn’t only one of the biggest things I’ve done in terms of scale. It was also a pretty huge occasion for me. Back in May, I published my most personal blog post ever, and talked about how losing my mum to cancer is what drives my travel addiction today. It’s also what drives me to do these crazy things in a bid to make my short time on earth as awesome as possible. This year marked ten years since we lost her. To honour that milestone, and her memory, I wanted to do something big. Really big.

This wasn’t about mourning, though. This was more a celebration of how far I’ve come in the face of adversity. I very nearly let my loss break me and ruin my life. Instead, I’ve come out the other side of the past decade a stronger, more confident person. More importantly, though, I did the abseil to raise money for Cancer Research UK*. I’ve done a few bits and pieces for them over the years, but I wanted to do something huge. They’re an important charity and very close to my heart.

Although I was raising money for charity, the abseil itself was for me. I paid for it myself, and the decision to ask for sponsorship was an entirely separate thing. This was all about my process of confronting my fears and forcing myself to try new things.

*If you feel like making a donation, visit my JustGiving page. Even a tiny amount would mean the world to me.

So, there I was one sunny summer morning, at the foot of a stern grey cliff in Avon Gorge. 200ft is a lot higher than I’d pictured it. To give you some perspective, it’s about the height of 14 double-decker busses, or ten average sized two-storey houses. On arrival, I’d whimpered at the towering height of what I quickly discovered would be the practice run. The main event was double it’s height – and absolutely terrifying.

Thankfully, we had a nice group and our instructor Simon from Adventure Cafe was awesome. He really put my mind at ease. Nothing could be done for my heart-rate, though, which was thundering away like a freight train, or for my shaky hands and sweaty palms. I was a mess! But I’m never one to let fear get in the way of my fun. So I steeled myself, gripped the rope, and went for it.

The descent on the practice run was tough enough. You have to defy your body’s instincts and put all your trust in the rope, leaning backwards over thin air. It’s completely mind over matter. With every step backwards my body seemed to be screaming “No! This is wrong!”. But the feeling on reaching the ground was incredible. Conquering fear like that is a real drug, and I staggered away feeling high on a mixture of adrenaline and elation. Until I remembered with a sinking feeling that I’d only completed the practice.

Next up was the real deal. All 200 terrifying foot of it. This time it was much, much harder. The descent started above an overhang, which meant that to get started I couldn’t just do the standard (if disturbingly unnatural) thing of leaning backwards over the edge. Instead, I had to get down on my knees, shuffle backwards, and shimmy awkwardly down the cliff face with my feet hanging over empty air.

Somewhere below me was a ledge. I couldn’t see it until I reached it, so I just had to trust that it was there. Thank god for Simon, the most patient and calming instructor imaginable. “Are you sure?” I kept asking him. As if he might have made the ledge up just for fun. (He hadn’t). That first section was a real struggle for me and took every ounce of my emotional strength.

But I DID it. And then I was on my way down, which seemed to take forever. There was one horrible, stomach-flipping moment when my foot slipped and I nearly vomited my fear all over the cliff face. Thankfully, the rope held true. My body might not have believed it, but I was fully supported. That’s the trickiest thing about abseiling, and lots of stuff like it. Believing your mind over your instincts, and telling yourself you can do it.

When I finally reached the ground I recorded a Snapchat video of my reaction. My hand was shaking so much that the footage is dreadful. My mouth was completely dry. But I had the biggest grin on my face. I had done it!

The euphoric feeling stayed with me all day. It’s still clear in my mind even now. And that’s the reason I set myself this 2016 challenge. Because the feeling of triumphing over fear – be it something massive like this, or something smaller and simpler – is an amazing one. It’s unbeatable. Trying new things, testing our limits, and challenging ourselves… I truly believe it’s good for our souls. And nothing is better than the feeling of being proud of yourself when you accomplish something you never thought you could. So next time you feel afraid to try something, remember how good it’s going to feel afterwards. And go for it!

When was the last time you did something scary? Scroll down to leave a comment and let me know! 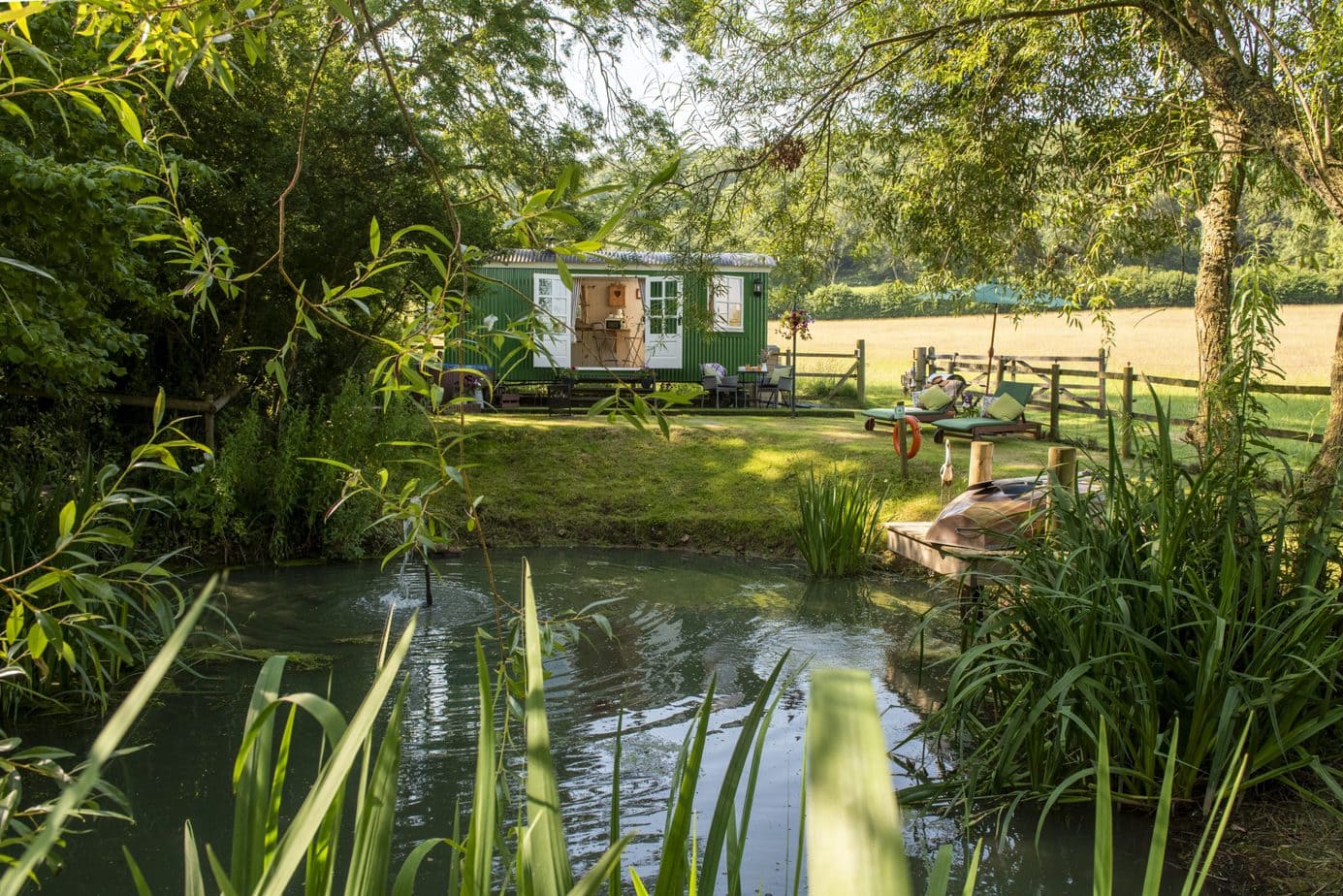 6 Beautiful Glamping Spots to Escape it all in Somerset

Some of the absolute best glamping options in Somerset, England – all carefuly chosen for character, style, and luxurious details… 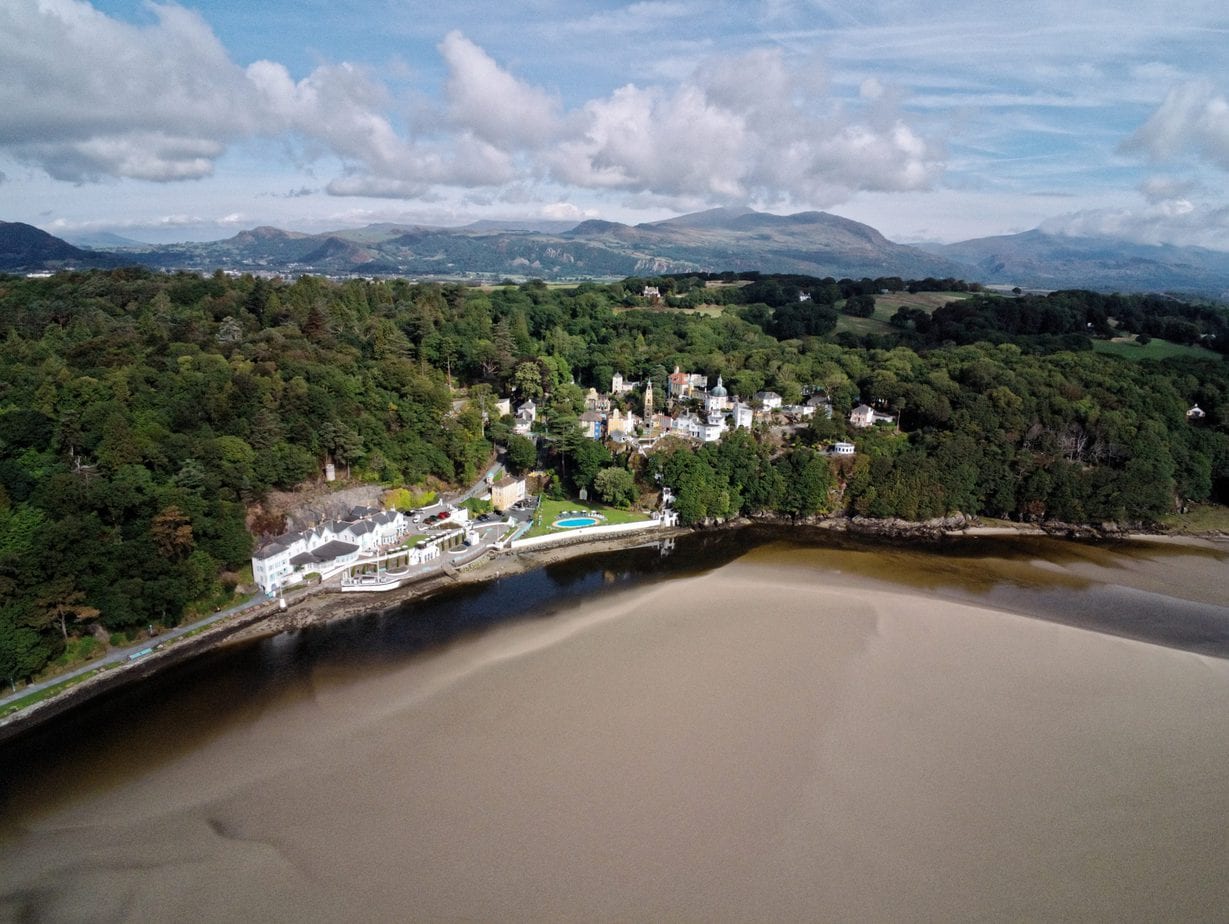 9 of the Best Hotels for a Spa Break in Wales

Need to get away from it all? A spa break at one of these stunning hotels in Wales could be JUST what the doctor ordered.