Discover the Basque Country: Off the Beaten Path in Northern Spain 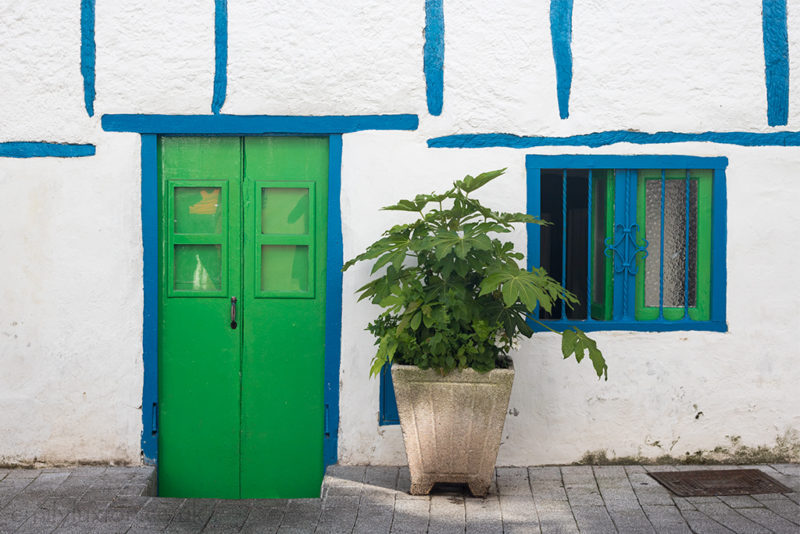 Earlier this year, I headed to the north coast of Spain to discover the belt of four regions known as Green Spain. First up was the Basque Country, and here the nickname was particularly apt. Forested mountains, lush wetlands, and rolling valleys skirt a rugged coastline that’s seriously beautiful. This region of Spain is a world unto it’s own, with it’s own unique language and an unforgettable cuisine.

Yet surprisingly, the Basque Country is still relatively underrated, with British tourists flocking instead to Spain’s south coast.  Being very much off the beaten track, the Basque Country has plenty to discover. The big cities, like trendy Bilbao, where the gritty industrial buildings are slowly being reclaimed by an emerging art scene, and San Sebastián with it’s well-loved beaches and picturesque old town, already draw in their fair share of tourists. But there are plenty of unusual things to do in the Basque Country. So head for the small towns and the countryside, and get discovering. Below you’ll find a few of my favourite discoveries in the Basque Country…

Unusual Things to Do in the Basque Country 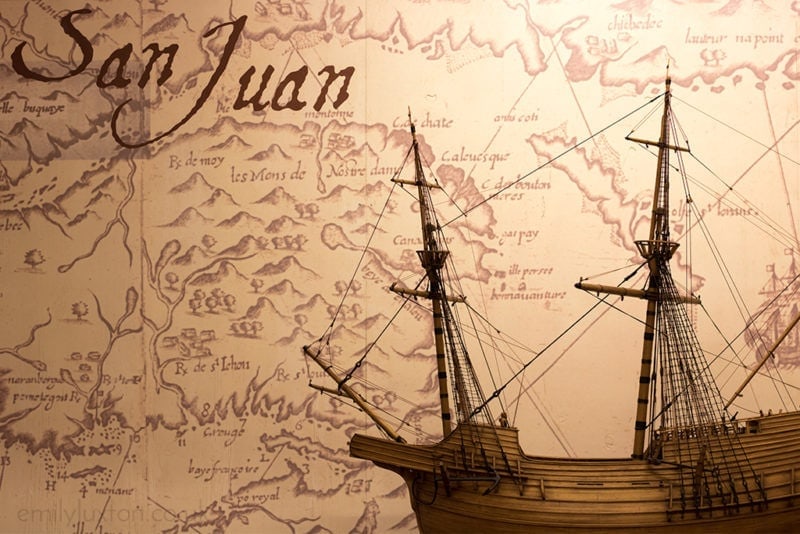 Model of the San Juan at the Albaola Sea Factory

The Basque Country has always been famous for boat building. With the iron-rich mountains so close to the coast, there were plenty of mines and forests providing all the materials needed to build ships, and no need to transport them to the coast. This meant the Basques were able to build quality boats more quickly.

In Pasai San Pedro, the innovative Albaola Museum is carrying on this rich tradition of ship building. Inside the museum’s working factory, an exact replica of an ancient whaling ship is being built by hand. The craftsmen are using the same centuries-old techniques their ancestors used to build the original ship. 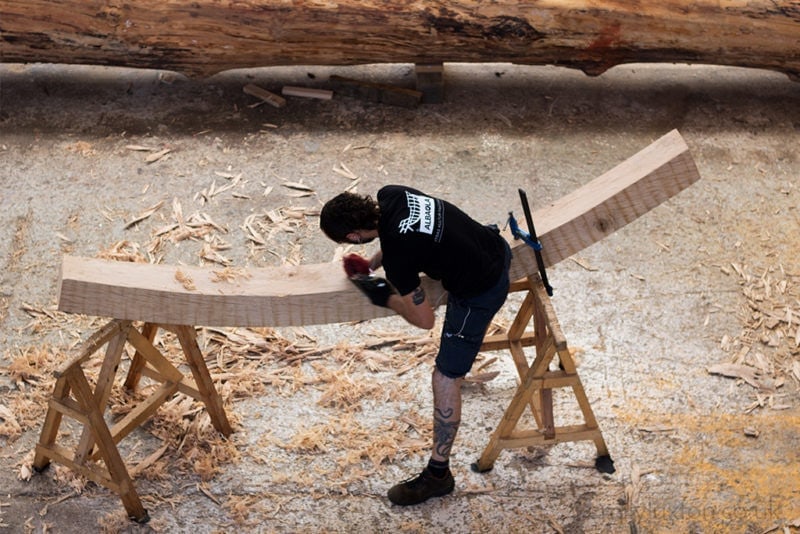 It’s the San Juan that’s being rebuilt. A 16th century Basque-built whaling ship discovered in 1978 off the coast of Labrador, it stands as a testament to the Basque Country’s long tradition of ship building. The compact but well-designed museum is full of interesting information, covering the discovery of the San Juan and the history of Basque whaling, another industry the region was once famous for. Even more interesting is watching the craftsmen at work in the sea factory. Albaola Museum is bringing history to life, almost literally. And it’s a great insight into the Basque Country’s traditional ties with the sea. 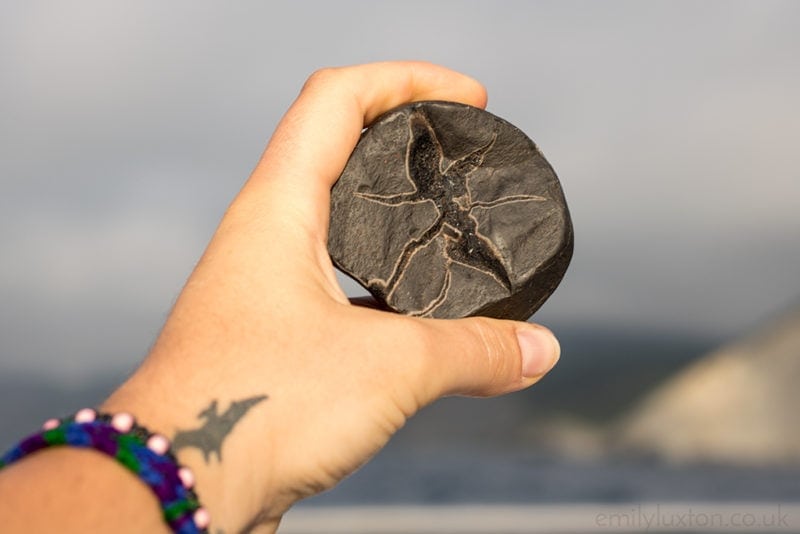 Discovering Fossils on a boat tour of the Basque Coast GeoPark

The Basque Coast GeoPark is a protected area of the coastline around the municipalities of Mutriku, Deba, and Zumaia. These 13km of cliffs are made up of Flysch deposits which have created some unique rock formations. A Flysch (from the German word for “climb”) is a layered sequence of sedimentary rocks, and these layered rocks have created a coastline of sloping lines and bizarre rock formations.

From the rocks of the Basque Coast, around 60 million years of history can be read. These layered cliffs show how the earth changed over millennia, so geologically it’s an important area. Geologists have been able to analyse the rocks, sediments, and micro fossils to piece together the history of this part of the world. Whether you think geology rocks* or not, a boat tour of the Flysch and the Basque Coast GeoPark is a great way to see a different side of the region. 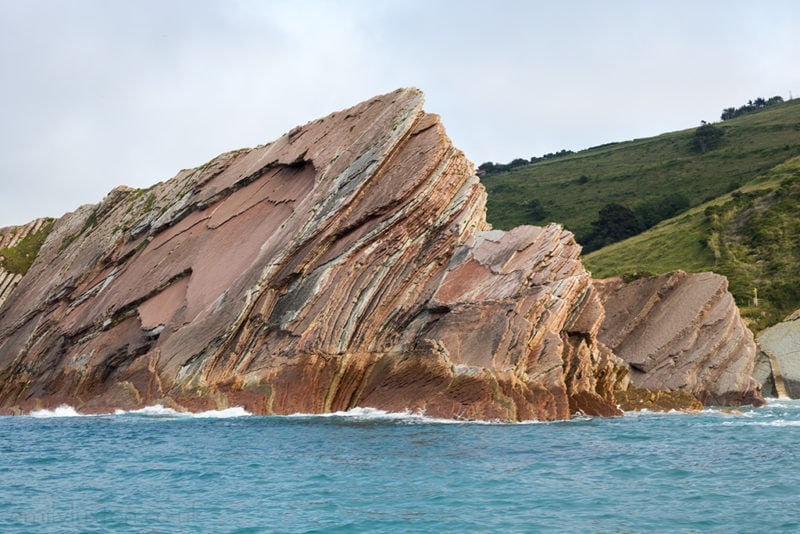 *Pun very much intended. I am ashamed!

I was in the Basque Country as part of my trip discovering the Camino del Norte. The less-known northern route of the Camino de Santiago (the St James Way) pilgrimage, this 823km trail begins in the Basque Country on the border with France. It’s a beautiful trail with a huge religious and historical significance, so it’s a great way to discover the region of Green Spain. 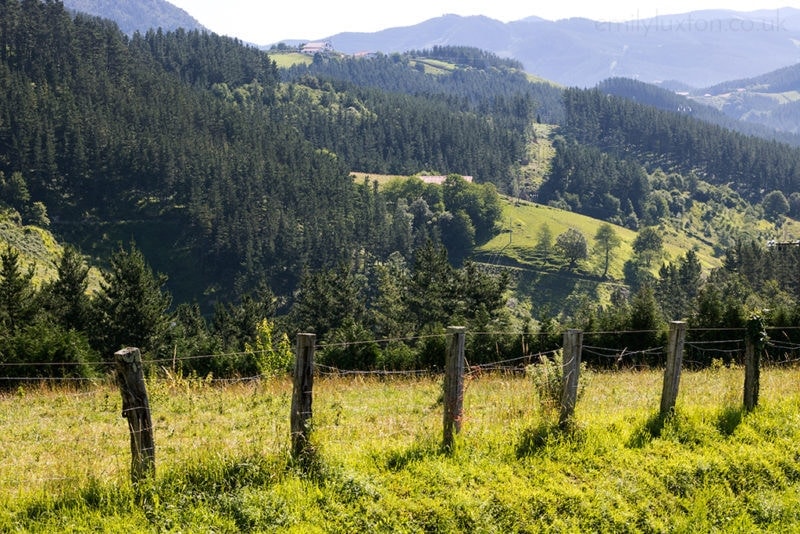 View from the Monastery of Zenarruza, and important stop on the Camino del Norte

If you don’t have the time to take on a full 800km-odd pilgrimage, you can always select a small section of the Camino to hike. It makes a great alternative way to explore the Basque Country, and can provide you with incredible views. The 5km section running from Getaria to Zumaia passes through farmland and vineyards, before turning onto a spectacular cliff path with amazing views of the Flysch.

Find out more about the Camino del Norte in my introduction and mini guide.

Along the basin of the Oka river lies the Urdaibai Biosphere Reserve. This area of 220km² is home to a wide variety of ecosystems and landscapes, and is the most valuable protected area on the Basque coast. At the heart of the reserve’s marshlands sits the Urdaibai Bird Centre.

Here, my guide Edorta told me, “we have another st James Way, but with birds.” Urdaibai is a crucial central point of the so-called Bird Flyway, the route of migratory birds in Europe. Here, two routes from the north converge, and this is where many species of birds stopover before continuing their long journey south. 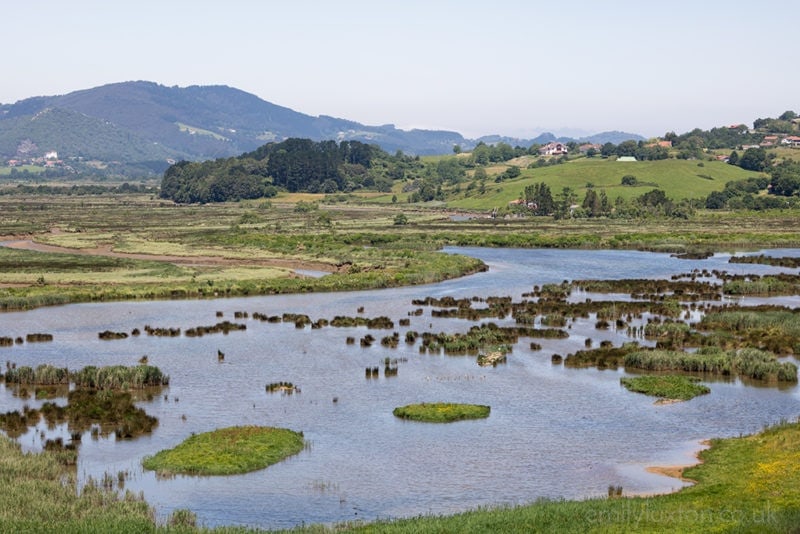 The centre itself is really interesting. There’s some great equipment, like webcams hooked up to other centres streaming live footage of nesting birds. You can spot ospreys and other local birds from the observatory, or discover more about the amazing natural phenomenon of bird migration. But the centre isn’t just for bird watchers. It’s a great stop off for nature lovers, or just those who want to see more of the Basque countryside.

So, those were a few of my favourite discoveries in the Basque Country. This incredible region is seriously underrated, and it’s an amazing place to explore. The region offers up a whole new site of Spain – don’t miss it!

Do you have any great suggestions for unique things to do in the Basque Country? I’d love to hear from you! Scroll down to leave a comment.

My visit to Green Spain was as part of a press trip organised by The Travel Mob on behalf of El Camino Santiago and Euskadi Basque Country for the #InGreenSpain and #VisitSpain campaigns. As always, all views and opinions (except quotes) are entirely my own and without bias. 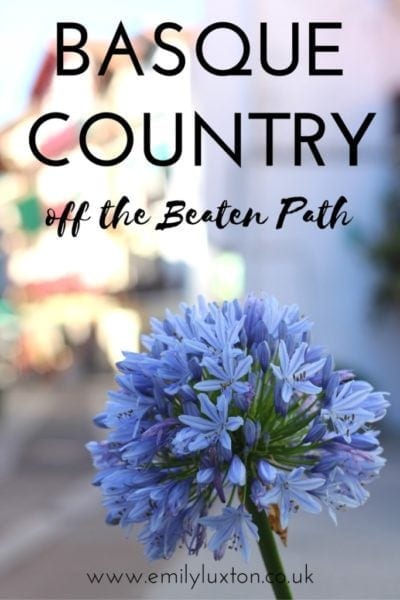 How to Spend 2 Days in Barcelona

A guide to spending 2 days in Barcelona – plan the perfect short city break with this guide to making the most of the city!

2 thoughts on “Discover the Basque Country: Off the Beaten Path in Northern Spain”