Home Europe Spain The Ultimate Guide to Chocolate in Barcelona

The Ultimate Guide to Chocolate in Barcelona 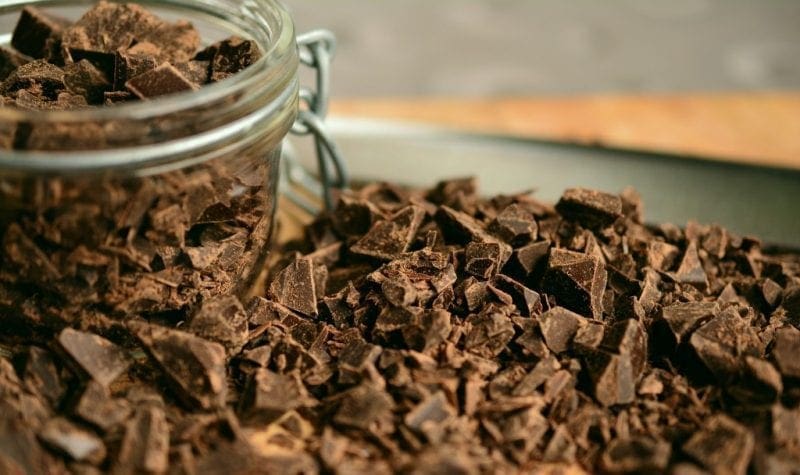 Barcelona loves chocoholics. After all, this is the city that brought chocolate to Europe, and now this quirky and colourful travel hotspot is staging a super-sweet revolution which could easily rival the better-known chocolate producing countries around the continent.

Read on to discover absolutely everything you need to know about chocolate in Barcelona – and most importantly, where to find it!

The history of chocolate in Europe actually began in Barcelona, when Christopher Columbus arrived home at the start of the 16th century and presented King Ferdinand and Queen Isabella with a boat load of curiosities from the New World – among them, cacao beans. The beans were mistaken for a type of nut and more or less ignored, until almost thirty years later – when conquistador Hernando Cortes returned with the knowledge of how to prepare a chocolate drink, based on the recipe shown him by the Aztec empire he’d conquered. Chocolate became an instant hit, served as a drink with sugar, vanilla, aniseed, nutmeg, cloves, orange, rosewater and cinnamon, but for almost 100 years the Spanish kept this delicacy, and the source of the beans, a secret.

Eventually, of course, word got out, and over time various other European countries have become far better known for chocolate than Spain ever was. But Barcelona is where chocolate as we know it today was born, so it’s the perfect place to explore the sweet’s history and evolution.

Chocolate in Barcelona: Where to Eat

And now for the best bit – my round up of the very best shops, cafés, ice cream parlours and bakeries to find chocolate in Barcelona, broken down by district. Recommendations come from locals and expats living in Barcelona, from the City of Chocolate Tour by Context Travel (check out my write-up for more info on that), and from my own personal research (definitely the hardest I’ve worked in a long time). Enjoy…

Read more: Hunting for chocolate is probably the most fun a chocoholic can have in this city! But check out this fab guide to Fun Things to do in Barcelona for even more great suggestions. 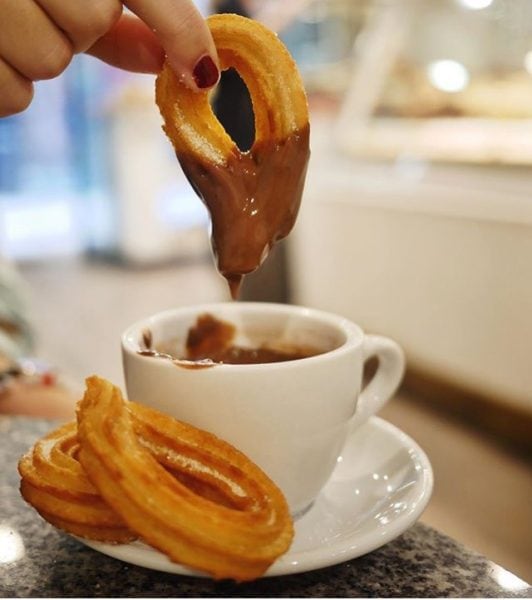 Fargas – At almost 200 years old, Fargas is the oldest chocolate shop in Barcelona – and the third oldest shop in the city. Check the plaque on the pavement outside if you want some proof! Still making all their own chocolate on site using the original grinding wheel, this beautiful boutique smells like heaven. Don’t miss the cava bonbons for something truly special. Carrer del Pi 16, Barri Gòtic.

Pasteleria Escribà – Another of the oldest chocolate stores in Barcelona, this gorgeous shop was founded in 1820 by the prestigious Escribà family. Current owner Christian Escribà is counted among the best chocolate makers in the world, serving up crazy cakes and chocolate sculptures for the rich and famous. Check out all the pictures on the walls for some of the best examples. Rambla de les Flors 83, Les Rambles. 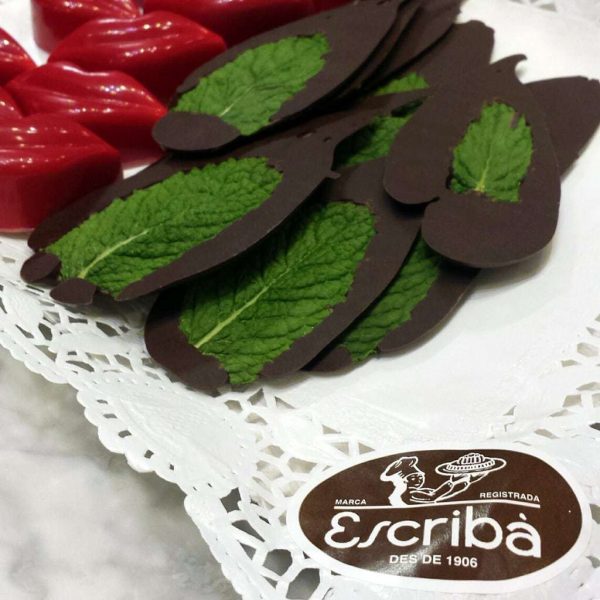 Carrer de Petritxol – Unofficially known across the city as “sweet street”, this is considered by locals as the best place for drinking chocolate – so don’t miss it! Lined with bakeries and old fashioned granjas, Petrixol is probably where you’ll find the best hot chocolate in Barcelona. Barri Gòtic.

Granja la Pallaresa – Granja means farm in Spanish, but in Catalan the world also refers to a shop which sells sweet things. Granja la Pallaresa on Petrixol street is one of the three oldest granjas in the city, and sells amazing pastries and hot chocolate. Try it suisse style; thick, rich, and smothered in cream! According to Gaston, a local I met, this is also where you’ll find the best churros in Barcelona! Carrer de Petritxol 11, Barri Gòtic. 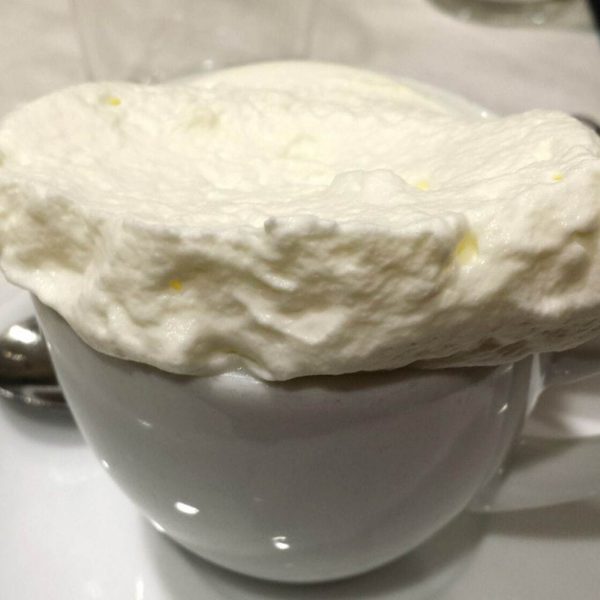 Petritxol Xocoa – Also on the chocolate street in Barcelona is the popular cafe Petritxol Xocoa. They’ve been in business for 20 years this year, so they certainly know a thing of two about chocolate. This is another great place to try churros and chocolate, and it’s popular with locals and tourists alike.  Carrer de Petritxol 11, Barri Gòtic.

Bubó – Considered one of the city’s coolest cake shops, Bubó is designed to delight all the senses, with incredible creations which are a feast for the eyes as well as the mouth! Don’t miss the Xocoxups, chocolate lollies with a centre of hazelnut praline, coated with dark chocolate and almonds or milk chocolate and crisped rice. Caputxes 10, Born.

Chök – This super-cool Raval shop has an almost clinical décor at odds with it’s eclectic and colourful menu. Known for their customisable doughnuts, Chök are ‘the chocolate kitchen’; creative, inventive, and great fun. Take one of their chocolate workshops for a great hands-on experience. Carme 3, Raval.

Tickets Bar – A crazy, trendy bar with a fairground feel, the ever changing dessert menu at Tickets is as long as their tapas menu – with loads of quirky and creative plates on offer. Particularly unique are their unusual ‘churros’, made from dry meringue and served with a cup of stone-ground hot chocolate, while the Thai coconut ball nitro with passion fruit and spices sounds out of this world. Paral.lel 164, Poble-sec.

Cacao Sampaka – One of my favourite stores in Barcleona, Cacao Sampaka are trying to revive the art of chocolate tasting. Truffles and bars are arranged according to strength and origin – complete with tasting notes – while some unusual and downright bizarre flavour pairings create whole new chocolate experience. Don’t miss the ‘Seasons’ collection, with four bars crafted to represent each season – summer is a white chocolate bar flavoured with lime and cayenne pepper, which tastes surprisingly amazing. C/ Consell de Cent 292, L’Eixample. 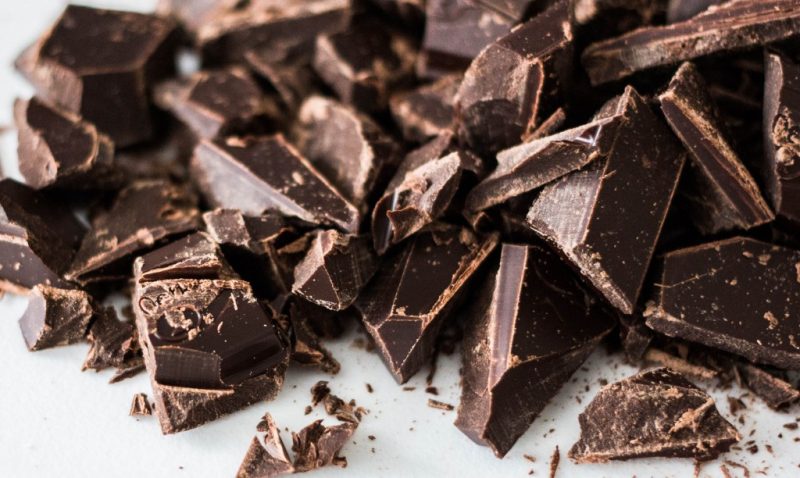 Belgious – Expat Edwina (the blogger behind Traveling German), introduced me to the best ice cream in Barcelona after a lazy Sunday lunch a few weeks ago. Belgious, named for it’s Belgian owner, is a sublime ice cream experience. Extremely fussy about their ingredients, which are super high quality and all-natural, Belgious claim to have some of the most original flavours on the planet – and they’re probably right. The lovely owner let us try everything, from the amazing dulce de leche, to Dijon mustard sorbet (apparently delicious with a ham and cheese crepe) and cannabis, yes, cannabis ice cream. Increíble! Rambla de Poblenou 24, Poblenou (there’s also a branch on Avinyó in the Gothic Quarter).

Dismon Pastissos i Xoxolata – This small, family-run shop in Gràcia district doesn’t look like much from the outside – in fact I almost missed it  completely – but Dismon is a local favourite which serves up 100% natural, additive-free pastries and chocolates using traditional techniques. I highly recommend the dark chocolate croissants, perfect for a mid-morning snack whilst sightseeing. Ramón y Cajal 108, Gràcia.

Xococake – As trendy as the district it calls home, Xococake looks like a refurbished warehouse, all white and grey, but this stark, modern interior puts chocolate at centre stage. And with such incredible creations on offer, why not? This is also an amazing venue for chocolate ice cream; I loved the sweet and tangy chocolate mango ice cream, delicious combined with a scoop of dark chocolate. Gran de Gràcia 17, Gràcia. 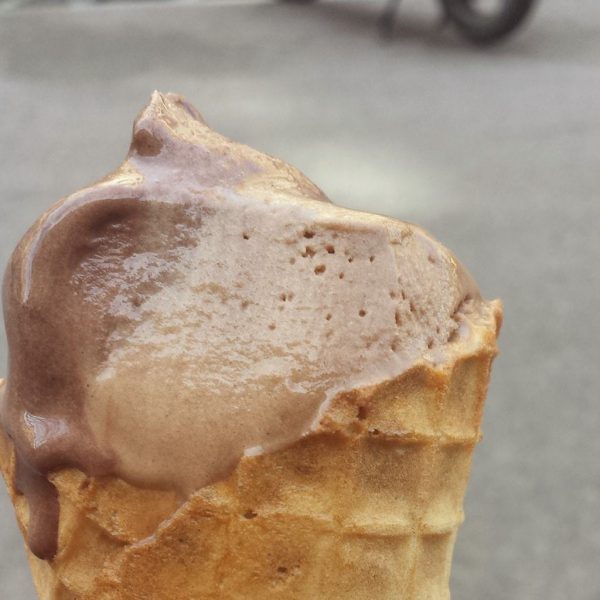 Xurreria El Trebol – dating back to 1950, El Trebol (meaning clover in Catalan) is probably the oldest xurreria in the city, and home of some of the best churros in Barcelona. It’s small, simple, informal – and an absolute classic. Don’t miss it! Carrer de Còrsega 341, Gràcia.

Chocolate in Barcelona: What to Eat

So you know where to go for the best treats in the city, but what should you eat when you get there? Catalunya has a few traditional chocolately treats which really shouldn’t be missed while you’re in town. 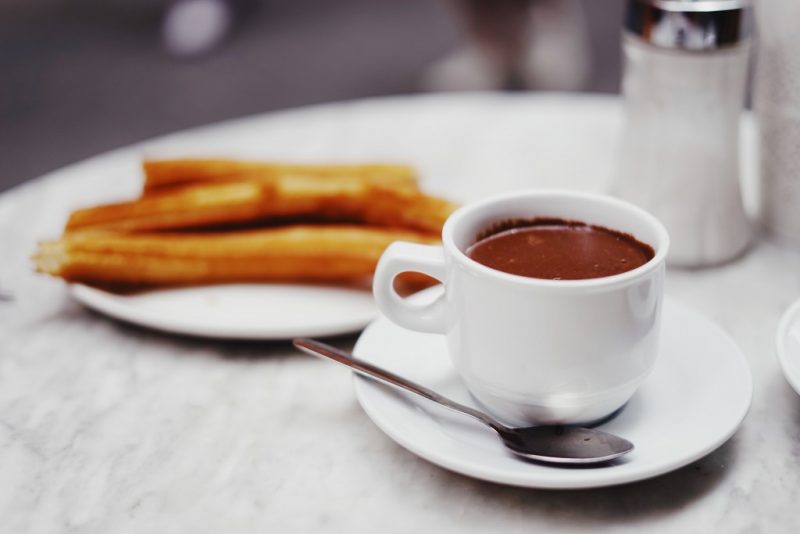 Trufas or bonbons? So that you really know what you’re talking about, it’s important to get to grips with the difference between truffles (trufas in Catalan) and bonbons. Truffles are balls of chocolate and cream covered in a thin layer of chocolate and a bit of cocoa powder – the centre may also be called a ganache. If the centre is made from anything else, like buttercream, nougat, coconut, candied fruit, or caramel, then what you’re eating is a bonbon. Ganache = truffle, everything else = bonbon. Simple!

Chocolate in Barcelona: Who’s Who Guide

If you want to take things really seriously, these are just a few of the names you should know from the Barcelona chocolate scene:

Serious chocoholics, and those with connoisseurial aspirations, should hunt down a chocolate making workshop in Barcelona – either at a local store or at the excellent Chocolate Museum in El Born (Carrer del Comerç 36). This is also the perfect place to truly get to grips with the fascinating history of chocolate in Barcelona, and to check out some amazing chocolate sculptures. For even more insight – not to mention that all-important tasting element – I highly recommend the City of Chocolate Tour from Context Travel (you can read my review to find out more). Three to four hours touring the city with a local expert, visiting four shops for tastings and history lessons… it’s a chocoholic’s dream come true!

Thanks go to Visit Barcelona and Context Travel for their help in researching this post!

Where in the world have you tasted the best chocolate? Share your recommendations in the comments – I want to hear from fellow chocolate lovers!