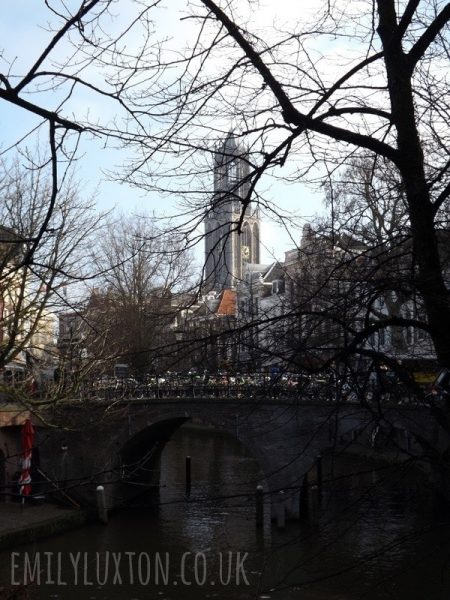 The first two times I visited The Netherlands, I only visited Amsterdam. I fell in love with the city, the food, and the Dutch people, and that love drew me back to the country a third time. But on this trip, I wanted to get away from the capital, with it’s hoards of tourists and slightly seedy reputation, and experience the “real” Netherlands. So, on the recommendation of several Dutch friends – including Cynthia and Denise, who plan to move there this year – Sam and I headed for Utrecht in search of a different Dutch experience.

And I’m in love all over again! The city was absolutely beautiful and completely charming: by the end of our first day there I was already head over heels. It’s smaller and more intimate than Amsterdam or Rotterdam, but as the fourt 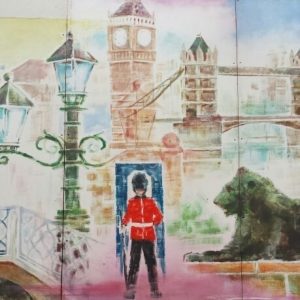 h largest city in The Netherlands, and the country’s central transport hub, Utrecht is certainly big and busy enough to keep tourists busy. Bountiful ancient buildings and splendid Dutch architecture make up a well preserved historic quarter, which mercifully escaped bombing during the war, centred around a picturesque canal and packed full of the incredible boutique stores and quirky indie cafes which make The Netherlands so amazing.

An excellent example of such stores was Daens, a fabulously trendy coffee shop that wouldn’t look out of place in London’s Shoreditch neighbourhood, where we kicked off our first day with lunch and a much-needed caffeine hit. Small and quirky, with a delicious menu, great coffee, and a brilliant fashion boutique next door, it was a super cool cafe where art, poetry and fashion photography festooned the walls, and where we could pretend to be far more cool and sophisticated than we truly are. 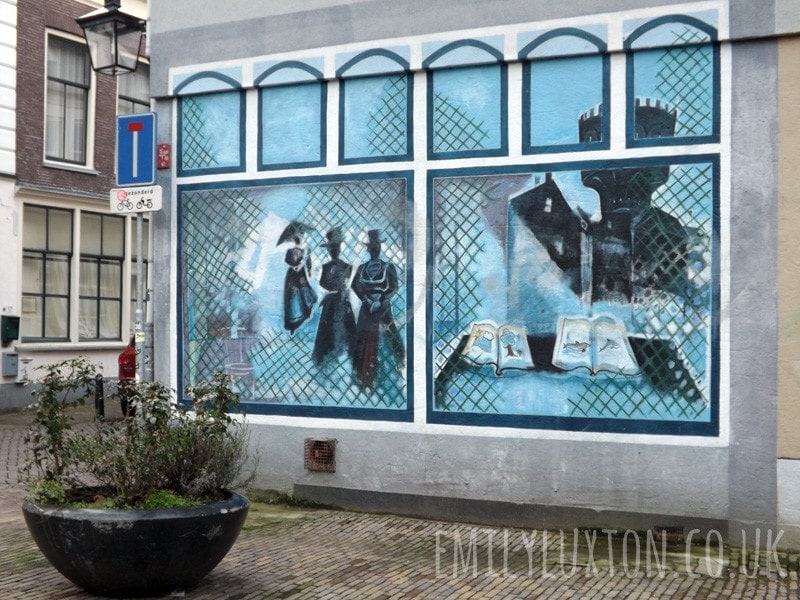 Utrecht is the perfect city for aimless wandering. There are hundreds of fascinating shops around the historic centre m 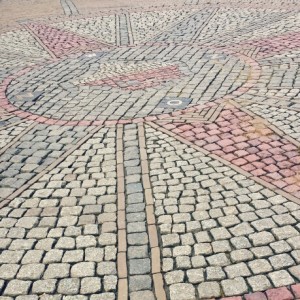 aking for excellent window shopping; antiques and art shops, trendy boutiques, tailors, and high-fashion furniture stores. We followed the canal, meandering in and out of small alleyways to eye up the various storefronts and cafes, and found ourselves discovering sights we hadn’t even been looking for. Like the imposing Stadskasteel Oudaen, an ancient castle that now houses a brewery and a fancy restaurant, or the regal structure of the old water tower, which looked like a castle turret hidden behind a terrace of perfectly ordinary houses. There was so much to see, and so many picturesque streets to explore – I could happily wander around Utrecht for days and still discover new sights.

With the daylight starting to slip away, we made a beeline for the city’s most famous landmark, the Domtoren (Dom Tower). Built over 600 years ago as part of a Gothic cathedral on the site of an older Romanesque church, this tower and the grand Domkerk across the square are all that remain of the enormous old building. The middle part was wiped out in 1674 by a tornado, and the central section of the cathedral was never rebuilt. Instead, there now stands a large and picturesque square, the Domplein, between the church and the huge tower. 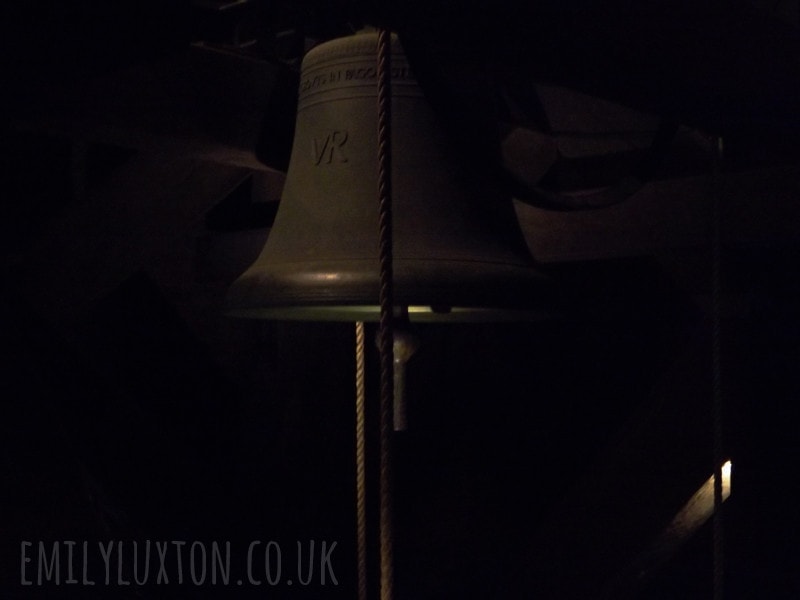 At 112 metres high, the soaring Dom Tower afforded some spectacular views of the city, but thankfully the 465 steps up were broken up by a fascinating tour of the tower’s interior. En route to the roof, our guide showed us the bishop’s private chapel, the fourteen enormous bells weighing a total of 32,000 kg – seven of which are originals from 1505, and are all still perfectly in harmony after hundreds of years – and the carillon of 50 bells at the top of the tower. On a clear day, it’s possible to see both Rotterdam and Amsterdam from the roof of the Dom Tower. We weren’t so lucky with the weather, but while the grey skies and misty horizons meant my photos didn’t come out all that well, we still had a very impressive view from the top – particularly of the direct surroundings of the tower. It was really interesting to spy the courtyards, roof terraces and gardens tucked neatly behind the buildings of the old town centre, which from the ground you’d never suspect existed, and to see the crooked streets of pretty Dutch buildings from on high. 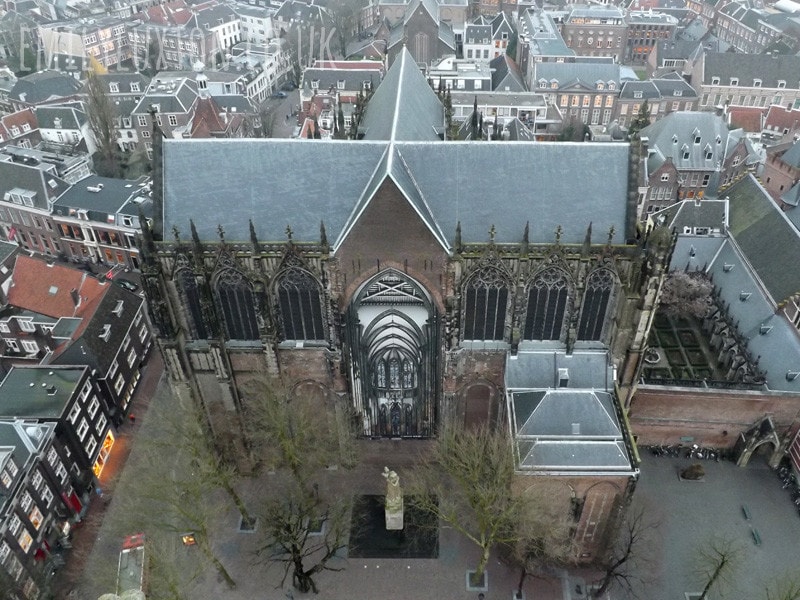 View of the church from the Dom Tower

After a long and cold day, it was time for a hearty, warm meal at Cafe Olivier – a beautiful, cosy restaurant set in an old Maria Minor church. Although unexceptional from the outside, the building was formerly a clandestine church used when Utrecht’s churches were all strictly Protestant, and the interior bears many traces of this secret past, with high vaulted ceilings, religious carvings and an imposing organ dotted amongst the traditional décor of this Belgian restaurant and beer house. We settled down amongst a heaving crowd – surprisingly lively for a Monday evening – and enjoyed ham on the bone served with lots of chunky frites and mayonnaise. Along with plenty of beer and wine, it was the perfect end to the day.

The next day was even more packed. Utrecht has such a lot to see, and in two short days we were determined to see as much as possible. We kicked off with a visit to Museum Speelklok, billed as “the most musical museum in The Netherlands”, where we were pleasantly taken aback by what turned out to be a fascinating museum. Housed in the beautifully restored Buurkerk, a church dating from the Middle Ages, the museum is home to hundreds of beautiful antique instruments which play automatically. Clocks, wind up toys, music boxes, belly organs, enormous street and dance organs, even a self-playing piano – the collection was staggering and truly gorgeous. 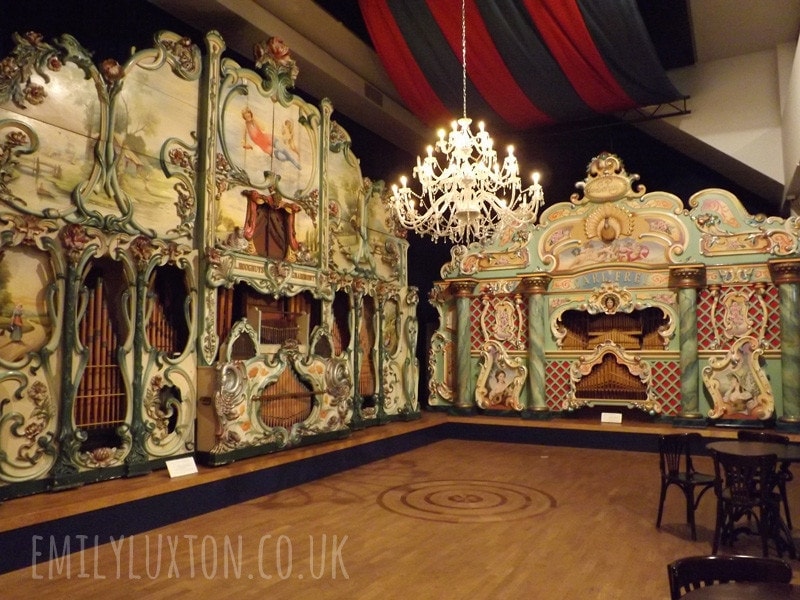 The best part of the visit was the guided tour, which included a ton of facts about all the various automated instruments on display, along with live performances from many of them. Highlights included the incredible Hupfeld’s Violina, a violin machine which was described as the “eight wonder of the world” at the World’s Exhibition of 1910 in Brussels, and a shockingly loud dance organ made by TH Mortier, all glossy painted figures and ornately carved pillars, housed under the chandeliers in the fittingly grand ballroom.

Tearing ourselves away from the beautiful collection at the Speelklok Museum, we headed back to the Domplein (Dom Square) to delve even deeper into Utrecht with the fantastic concept of DOM Under. Standing on the spot where the city originated, the square has seen a lot of history. With the DOM Under tour we were able to head right beneath the square an 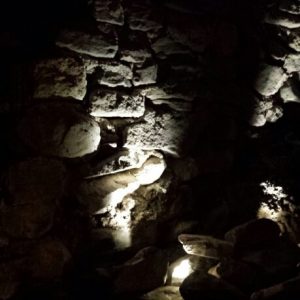 d into that incredible 2000 year old history, starting from the time the Romans built the castellem Trajectum, around 45 A.D, through to the churches built by St Willibrord in the eighth century, founding the city of Utrecht, to the building of the gothic cathedral and it’s terrible destruction, right up to the present day archaeology taking place beneath the Domplein. After a short presentation and a dramatic CGI movie uncovering the city’s historic timeline, we headed down beneath the square, where we explored the old cathedral’s foundations using special torches which synced up with electronic sensors to load the relevant descriptive soundbite into our ear pieces. The high-tech gadgetry made exploring the foundations easy (and fun – who doesn’t want to play with laser-gun-esque torches underground?), but the real interest lay in the historic foundations, which include traces of the Roman garrison and the eight century churches which superseded the cathedral. 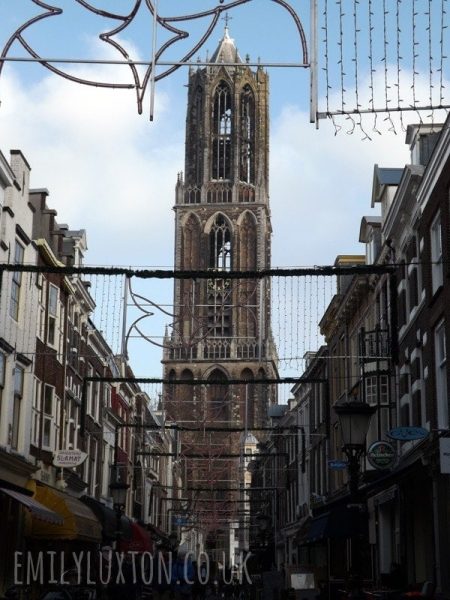 We emerged blinking from beneath the square to discover that the sun had finally put in an appearance, lighting the 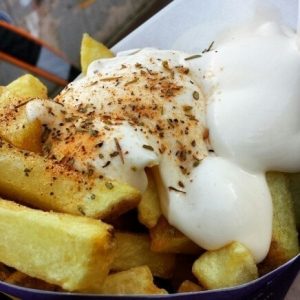 beautiful city up beneath a bright blue sky. Making the most of it, we ignored the icy cold and ate lunch on a bench by the canal; enormous portions of hot chips with mayonnaise – a Dutch staple and a great way to fill up cheaply.

The sunshine didn’t last long, but that didn’t stop us; there was still plenty more to see. To make the most of the beautiful city, we picked up a walking route map from the tourism office and set off on a tour of Utrecht’s smallest streets on the ‘Alleyway Round’ city walk. This was a great way to see as much of the city’s historic centre as possible: touring nar 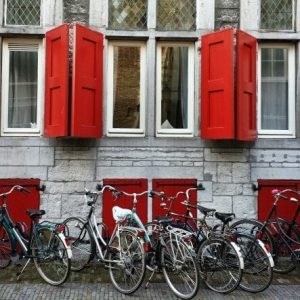 row alleyways and hidden courtyards which unveiled lots of interesting sights and historical titbits. Like the Abraham Dolehof Square where the last remains of a 1412 monastery still stand, or Jacobsgasthuissteeg, an alleyway named for the guest house which once stood there, where thousands of pilgrims boarded on route to the Santiago de Compostella in Spain. I loved stumbling upon Huis Zoudenbalch on Donkerstraat, a castle-esque building with a medieval façade dating from 1465 and decked out with bright red wooden shutters. Now used as a particularly striking apartment building, this was one of my favourite spots in Utrecht – and something we’d most likely have missed without the unique walking tour we’d picked out. 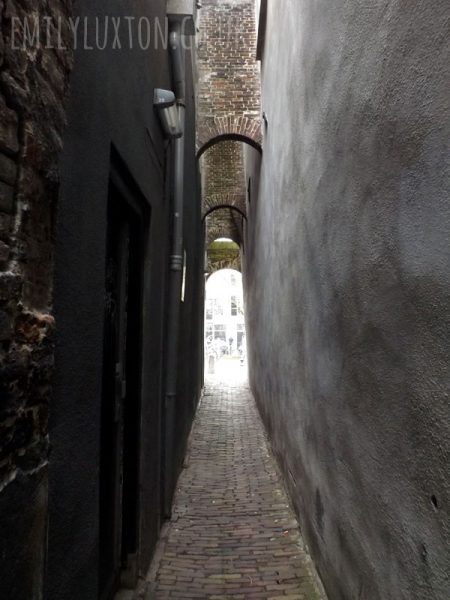 The narrowest street in Utrecht

It was a fantastic way to round off our time in Utrecht, exploring tiny alleyways and hidden sidestreets which we’d 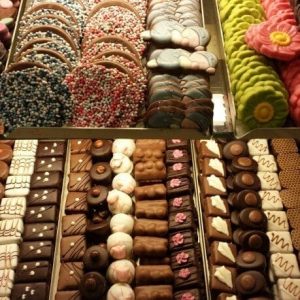 have otherwise overlooked, and it also brought us past many interesting little shops which were great for browsing. We stopped into one, the Theo Blom Bakerij (bakery), to buy some domtorentjes, Utrecht’s signature delicacies. These little chocolates, filled with a creamy mousse and decorated with an outline of the domtower, were a fabulous souvenir to take home from Utrecht. Eating them later that night, once we’d returned home to our housesit in Dordrecht, felt like the perfect end to a perfect two days in Utrecht – my new favourite Dutch city.

We were in The Netherlands for almost a month, housesitting in Dordrecht (you can read more about my experiences housesitting here). It’s a relatively small country with an amazing public transport system, so we travelled around a fair bit while we were there, seeing plenty more ‘typical’ Dutch cities, meeting up with Dutch friends, and getting to know as much about The Netherlands as possible. But I can honestly say that Utrecht was my all time highlight; it’s beautiful, artistic, lively and just great fun to walk around. In fact I can’t wait for our friends to move there so that I have an excuse to travel there again as soon as

For more information, details of upcoming events, and loads of brilliant tips, check out Visit-Utrecht.com.  The tourist office can be found at number 9 Domplein for free wifi, lockers, tickets and souvenirs.

For help planning your visit to The Netherlands, visit www.holland.com.