While I was in Amsterdam several years ago, I stumbled across a Love Lock bridge over the Groenburgwal Canal. Padlocks, engraved or inked with a couples initials or a declaration of love. The idea is that the couple locks the padlock onto the bridge and throws the key into the river, symbolising their promise to love each other forever.

I thought they were sweet, so I snapped a few photos of the Amsterdam love lock bridge and shared a blog post. But more recently, I started to rummage through the internet to find the name of the bridge for a friend. And that was when I discovered that there was a fair bit of debate over love lock bridges in Amsterdam.

These padlocks are viewed as vandalism by the authorities and can impede the safe operation of the bridge. Amsterdam locals, on the whole, seem to be against them as well. So I decided to re-write this post with the latest info to explain things.

Is there a Love Lock Bridge in Amsterdam?

The Love Lock bridge I found in Amsterdam on my trip there was the Staalmeestersbrug bridge, which crosses the Groenburgwal Canal. It’s a popular photo spot, with the tower of the beautiful Zuiderkerk in the background.

The drawbridge affords a great view of the Zuiderkerk (Southern Church) tower. Its sturdy black iron chains had been decked out with dozens of padlocks, each one marked with a sentiment of undying love.

A bit of digging online tells me there was also a second bridge in Amsterdam which was a popular spot for Love Locks. This is the Magere brug (“Skinny Bridge”) which crosses the river Amstel.

In May 2012 all the padlocks on the Staalmeestersbrug bridge were removed. It’s believed that the locks could cause damage to the bridge, so the council had them all removed using bolt cutters.

It seems some determined visitors keep restarting the collection, but these are systematically removed.

Even if you don’t agree that the locks are vandalism, no one wants to risk damaging a historic bridge, right? And throwing a metal key into a river seems pretty un-environmentally friendly.

On top of the potential risk, removing the love locks costs the city time and money. Which is probably one of the reasons why most locals seem to hate love locks.

So in general, it’s probably not a good idea to add your own love lock to any of the bridges in Amsterdam.

The original, or at least the best-known, love lock bridge was the Pont des Arts in Paris. You’ve probably seen pictures of the iconic bridge, covered in thousands of padlocks. In fact, there were close to 1 million locks on the bridge at one point.

Thien, in 2014, part of the bridge’s railings collapsed due to the love locks. The total weight of those padlocks was a pretty shocking 45 tonnes! The authorities began removing the love locks from the Pont des Arts and replaced the metal railings, which dated from 1804. As a result of all those love locks, a small piece of historic Parisian architecture was lost, and the whole bridge had been endangered.

Other cities have had similar problems with love lock bridges, including Venice and New York. In Chicago, where the bridges are raised up to allow boats to pass beneath, the local council regularly has to remove locks because if one fell onto a boat from a hundred feet in the air, it could cause serious damage.

The general consensus around the world seems to be that love locks are largely unsafe, especially on historic bridges which are less able to cope with the added weight. Leaving one is often considered an act of vandalism.

However, some cities have embraced the idea of love locks. Others have added special installations specifically for people to hang locks on. For example, the Moscow council provided metal love lock trees along the Vodootvodny Canal.

In Amsterdam, however, there are no official love lock bridges. Locals don’t like them, and the council routinely removes them. So maybe find another way to declare your love in the Dutch capital!

What do you think? Are love locks on bridges a sweet act of romance, or dangerous graffiti?

Some posts on this site contain affiliate links. If you book or buy something through these links, I earn a small commission (at no extra… Read More »Exploring the Real Netherlands: Utrecht 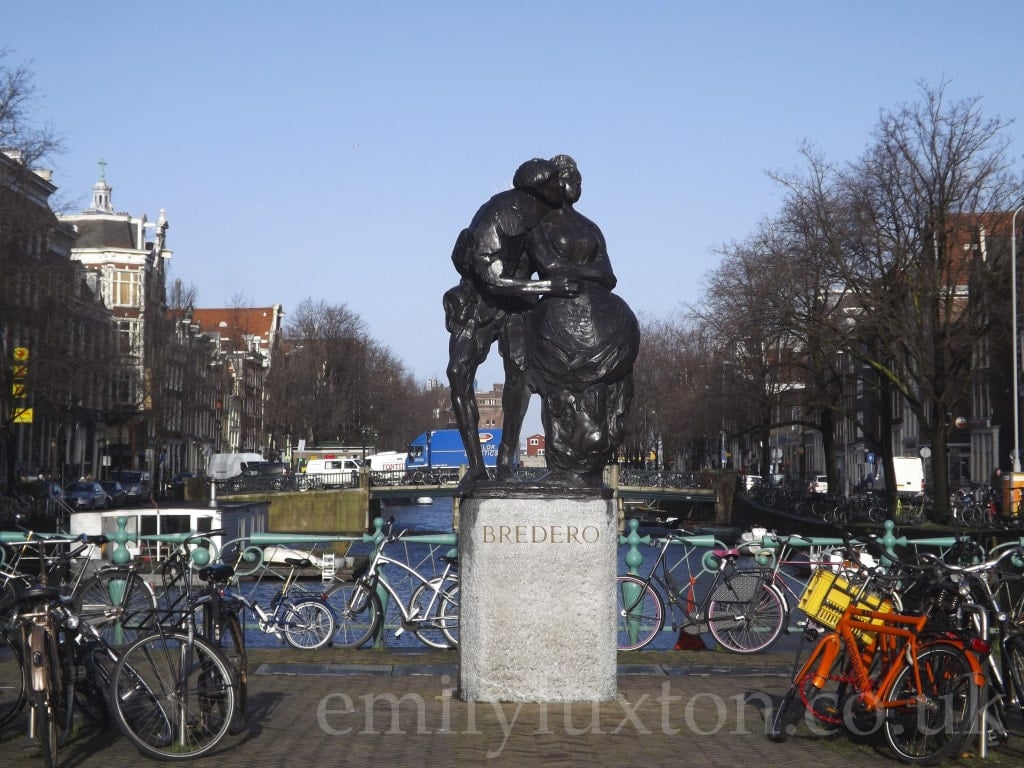 How I did Amsterdam in One Day

How I did Amsterdam in one day – everything I saw and did! From historic museums to fascinating markets…