The second stage of our journey with Peru Hop (don’t miss my review of the company) was another relatively short journey, this time from Paracas to Huacachina. This tiny town surrounding an oasis in the middle of the desert is becoming increasingly popular with travellers, but at the moment public buses only travel as far as 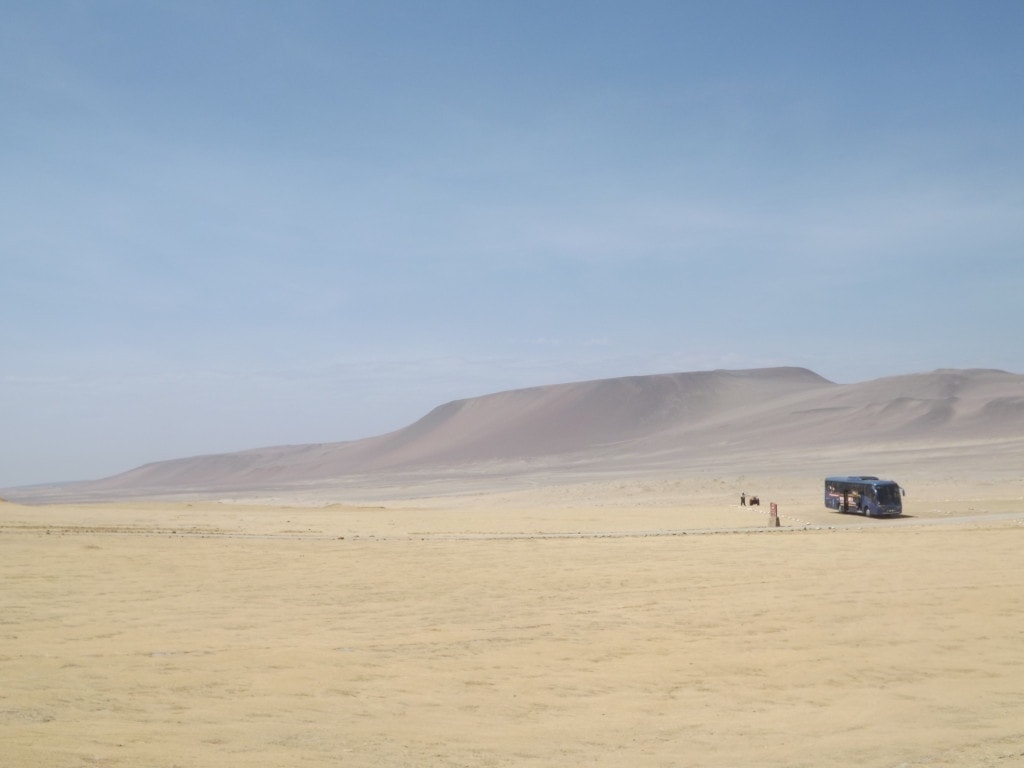 the neighbouring town of Ica, from where you need to take a taxi to Huacachina. The Peru Hop bus took us directly to our hotel in Hucachina, instead, saving us a lot of time and hassle!

The relatively quick journey is broken up with another small tour en route, this time to the National Reserve near Paracas, with our entrance tickets included in the initial Peru Hop fee. The reserve is essentially a huge expanse of desert, with towering dunes and seemingly endless planes of beige yellow sand, which has been 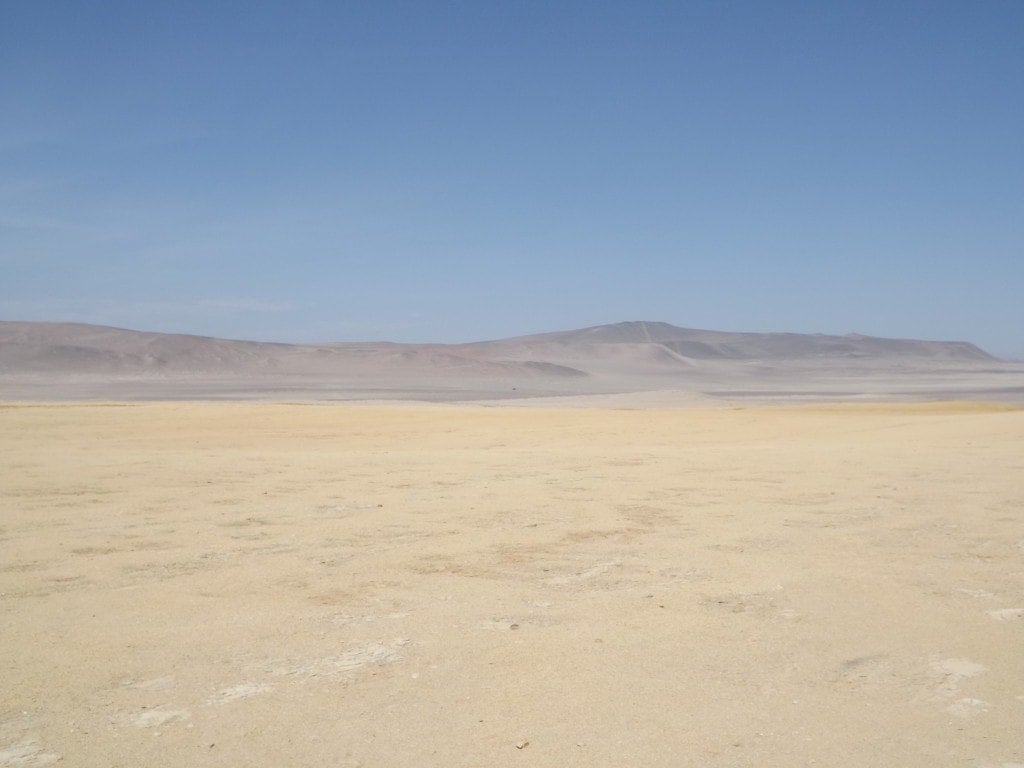 protected for conservation reasons. The Peru Hop bus pulled into the reserve and began making it’s clumsy, swaying way over a sandy, dirt track, up and down small dunes. We lurched and rolled through the desert, staring at the bizarre expanse of plain, beige sand under the vividly blue sky, until we pulled up in an empty ‘car park’ designated with a trail of stones and found ourselves face to face with a dramatic cliff line overlooking the wild Pacific Ocean.

The dark, swirling blue of the sea, flecked by strong waves, was a startling contrast to the yellow desert and the 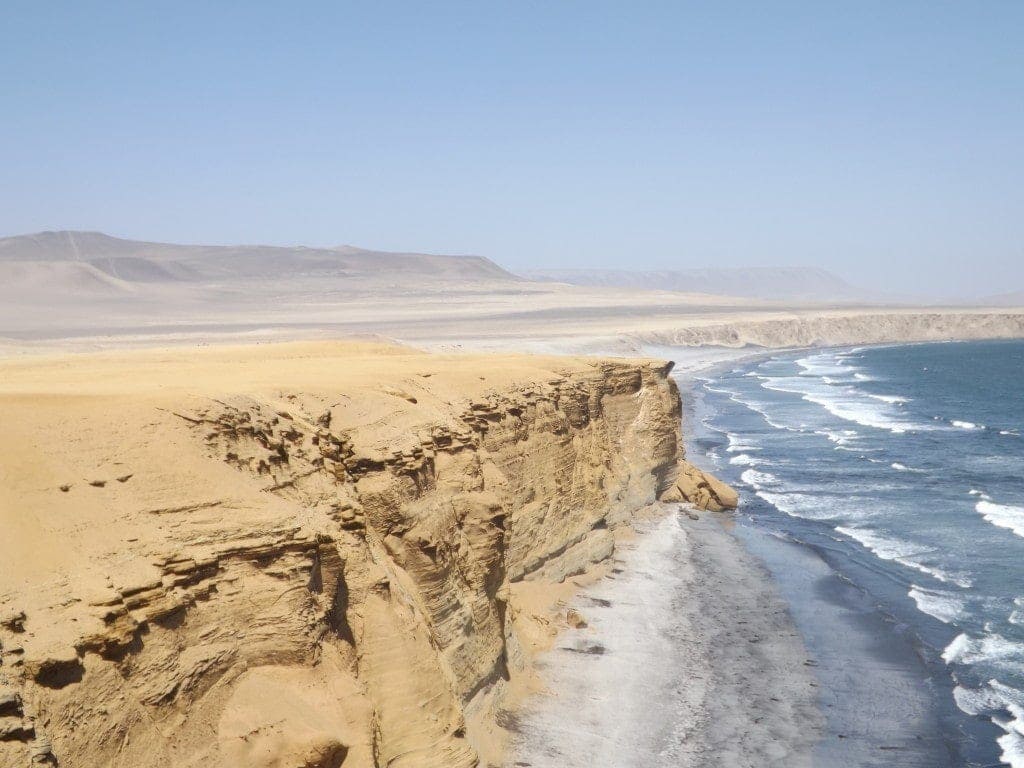 orange cliffs that stood starkly at it’s edge. Our new guide, Nilo (we were with a new group and bus now, having ‘hopped off’ for a while in Paracas, gave us a brief but interesting tour of the reserve, starting with the viewpoint over the cliffs. He showed us how the erosion of waves and weather, not to mention multiple earth quakes (this was only a few days after the recent Chilean quake which put Peru on typhoon alert), had changed the shape of the cliff faces over time. In fact, the huge tower of rock just opposite the cliffs used to be connected to the land by a rocky arm, with a huge cavelike space underneath known as la catedral; Nilo could remember the structure from his childhood but, following a quake, the cathedral has collapsed and the rocky tower now stands alone, separated from the cliffs.

From the first viewpoint, we headed next to a small bay where the sea was quieter, which was lined with a bright, blood red beach. The beach is made up of red sand and tiny stones, which created a really beautiful 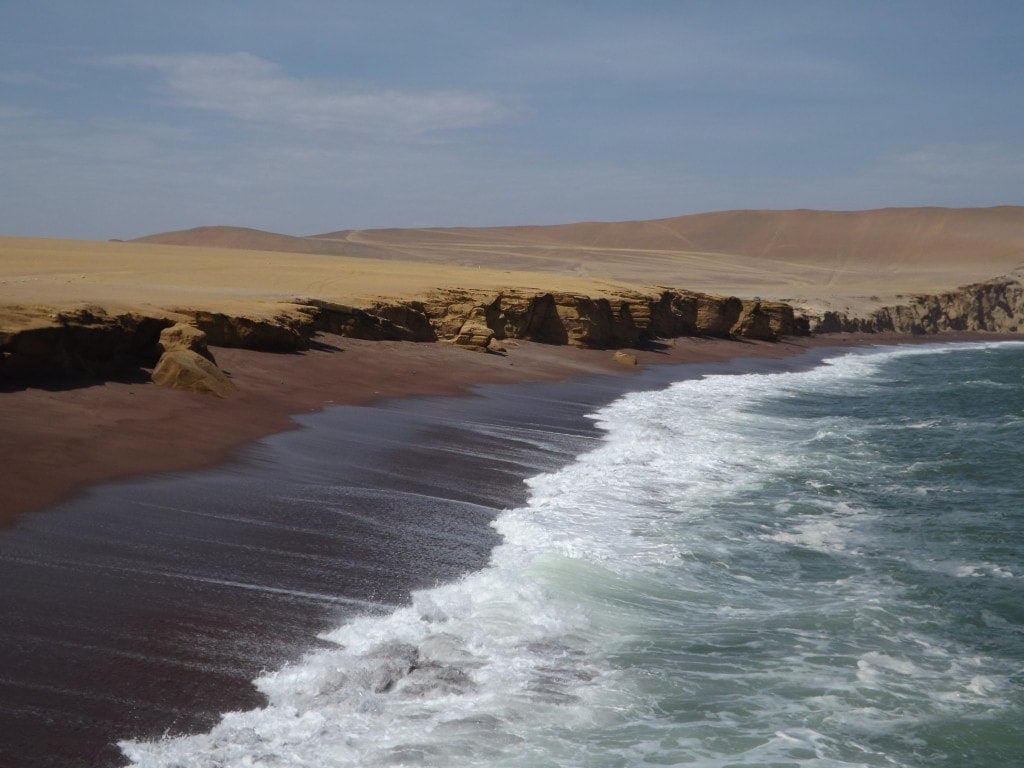 effect, but again this is being subject to erosion and the beach is fast disappearing. After a while on the beach enjoying the sun and the sea breeze, we headed back onto the bus for a relatively short drive to Huacachina. Once there, Nillo gave us a quick tour of the oasis town, pointing out the best places to eat, and took us for a drink at Desert Nights, easily the best restaurant in town – although not particularly Peruvian. Unfortunately, our first night was a tiny bit of a disaster, since Nillo recommended an all-you-can-eat barbecue which turned out to be a big disappointment given that it wasn’t all you can eat, the chicken was badly undercooked, and the restaurant staff took orders for beef from about ten of our party, but no beef turned up for two hours. Eventually, we saw the chef walk into the restaurant holding a bag of beef which he’d evidently driven to Ica to buy, and when this still wasn’t on the barbecue thirty minutes later we gave up and left. Luckily, Desert Nights saved the evening with cheap wine and delicious desserts, so it wasn’t a total loss. It was probably the only poor recommendation we’d had from Peru Hop and their staff, and I don’t think the experience was Nillo’s fault, probably the restaurant was having an ‘off’ day.

In spite of the barbecue mishap, Huacachina was such an awesome town that we instantly knew we wanted to stay there longer. and ‘hopped off’ the Peru Hop bus, extending our stay to four days. 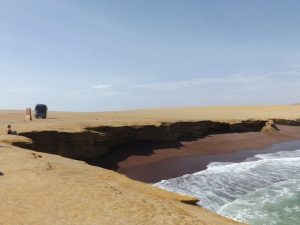 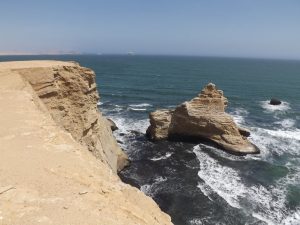 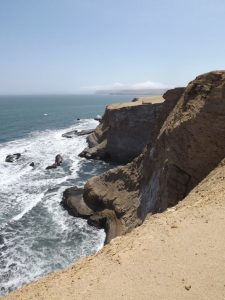 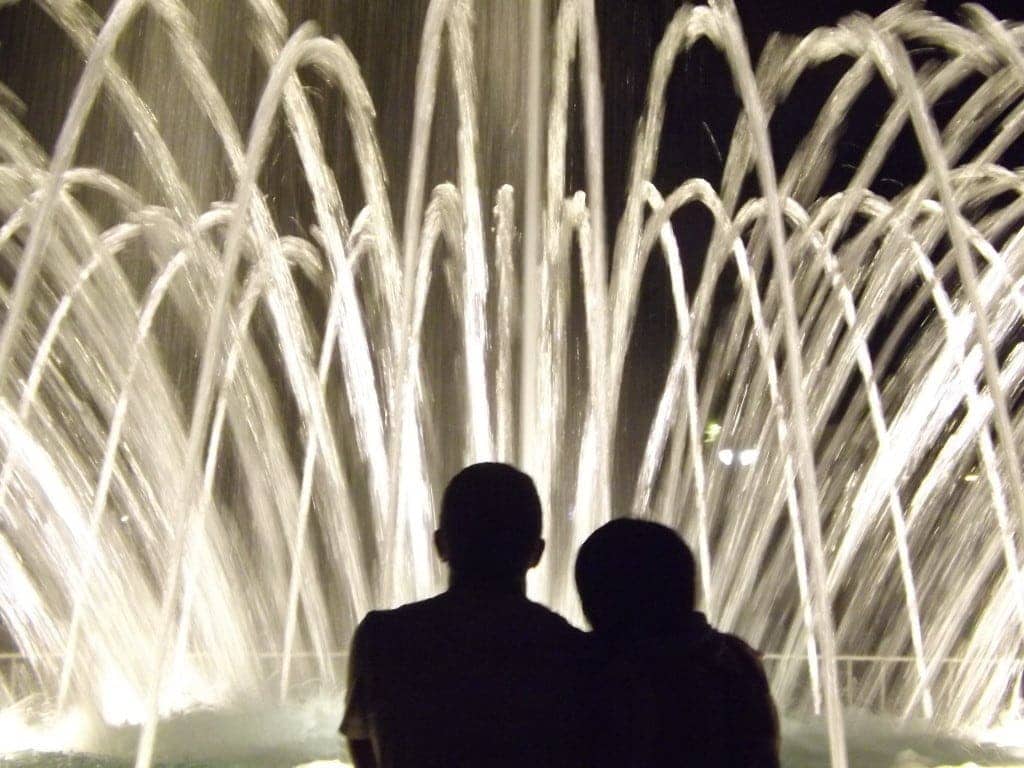 Five of the Best Things to do in Lima

From street art to ceviche, make the most of Peru’s capital with my round-up of some of the best things to do in quirky, cultural Lima…

Some posts on this site contain affiliate links. If you book or buy something through these links, I earn a small commission (at no extra… Read More »Floating Islands, Lake Titicaca