Paraty, a town four hours outside of Rio sandwiched between the Atlantic Forest and a stunning coastline, is famous for it’s cachaça distilleries – kno 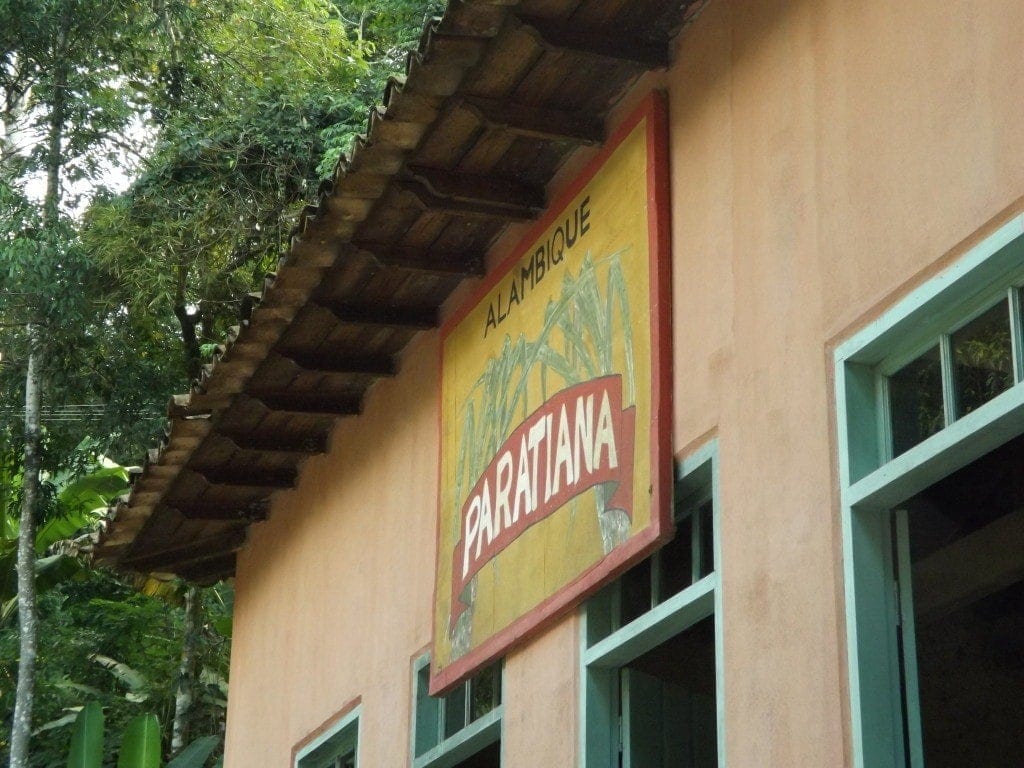 wn as alambiques – which produce some of the finest examples of Brazil’s signature spirit. No visit to the region is complete without at least one trip to an alambique for a tour and a tasting, and while we were there Sam and I took a visit to one of the best, the Alambique Paratiana.

Out in the richly green forest, Alambique Paratiana is close to many of the nearby waterfalls and makes a great stopping point on a day trip around the falls and swimming holes in the 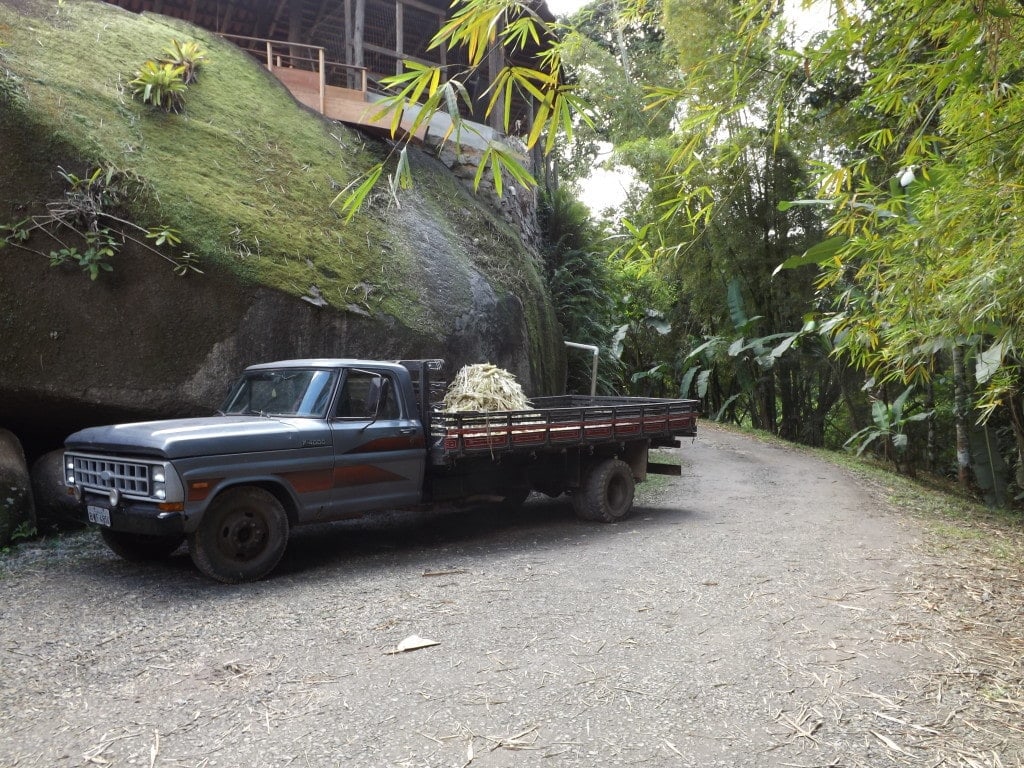 area. We spent a day using the new Hop On Hop Off tourist bus, and since Alambique Paratiana is one of the stops we decided to pop in for a tour.

It turned out to be a really interesting stop. Like rum, cachaça is made from sugarcane juice, so when we arrived there was a deliciously sweet smell hanging over the alambique. The distillery itself is a fairly small affa 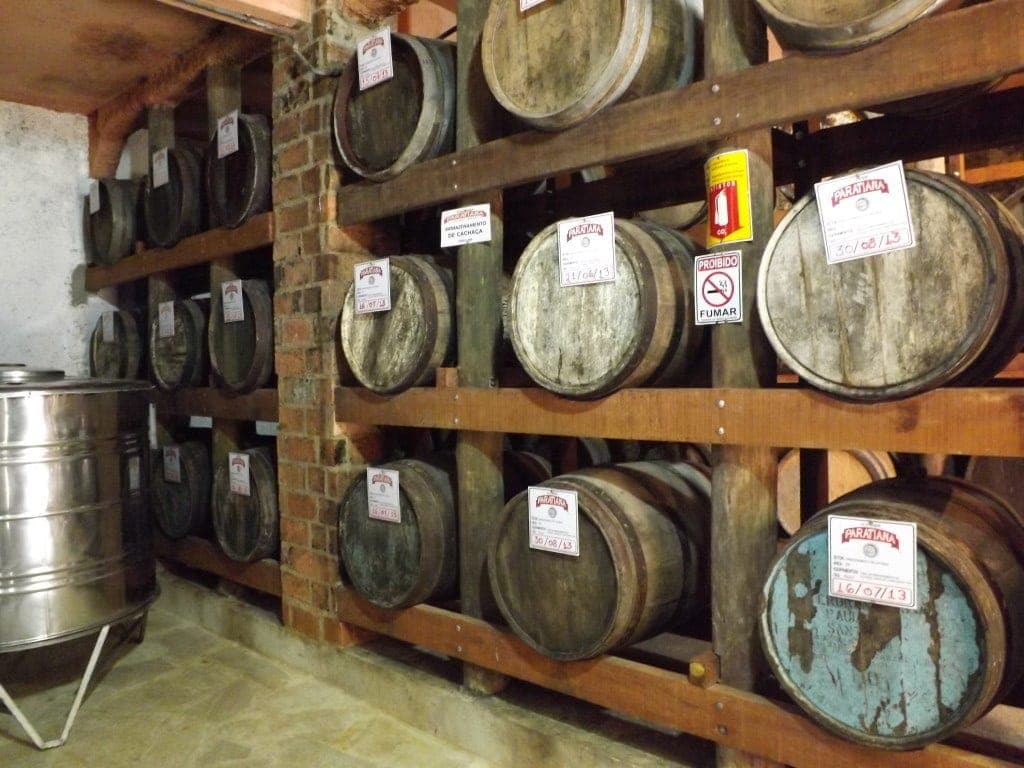 We were greeted by the friendly staff, and although there unfortunately wasn’t an English tour guide working that day, we were lucky enough to find a Brazilian tourist also visiting the distillery who volunteered to translate for us, and our guide made sure to speak slowly with lots of pauses so that he could translate everything. If you’re Portuguese is as miserable as ours is, fear not, as from what I could gather there is usually an English speaking guide available.

Our guide showed us around the whole distillery, starting with the sweetly musty smelling room storing the aging barrels. Apparently, the colour a 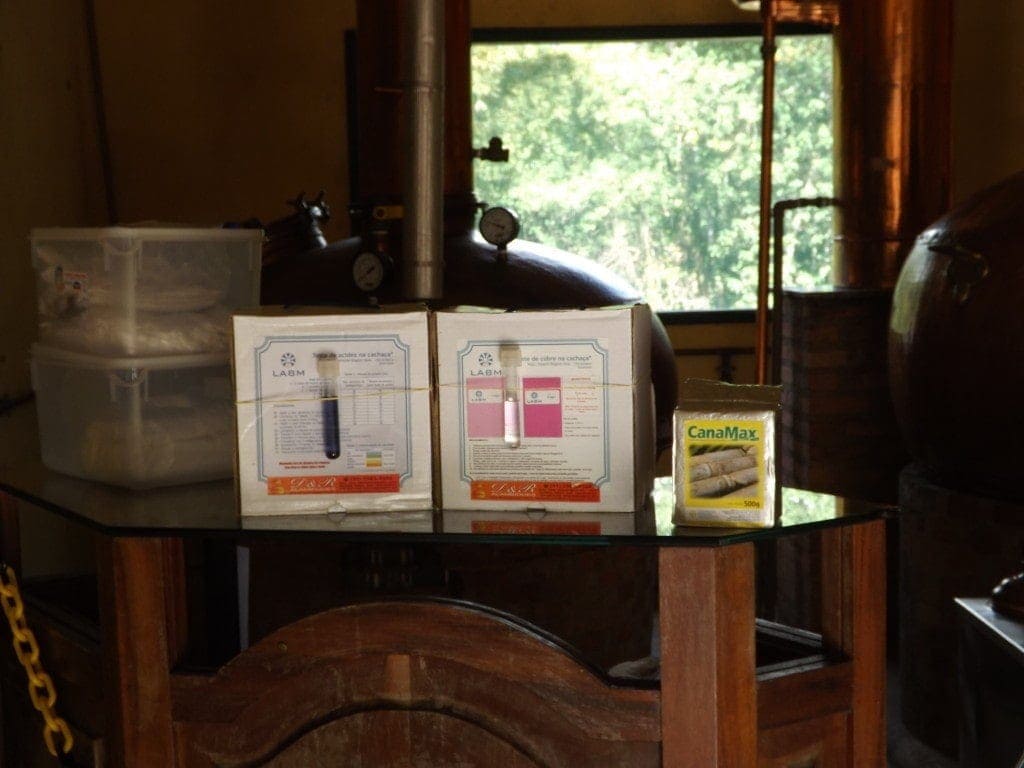 nd type of cachaça is determined by the type of wood used for the barrel – one of three local woods – and the length of the aging process. The cachaça I’m familiar with, the clear, watery liquid used to make Brazil’s favourite cocktail, caipirinhas, is aged for a very short time, while cachaça aged for a year or longer becomes a syrupy, golden liquid.

I was really interested to see the initial part of the process in cachaça production, seperating the juice from the wood of the sugarcane, which I was surprised to learn was done in a huge machine similar to a wood cutter which cut and compressed the cane. The sugarcane juice the 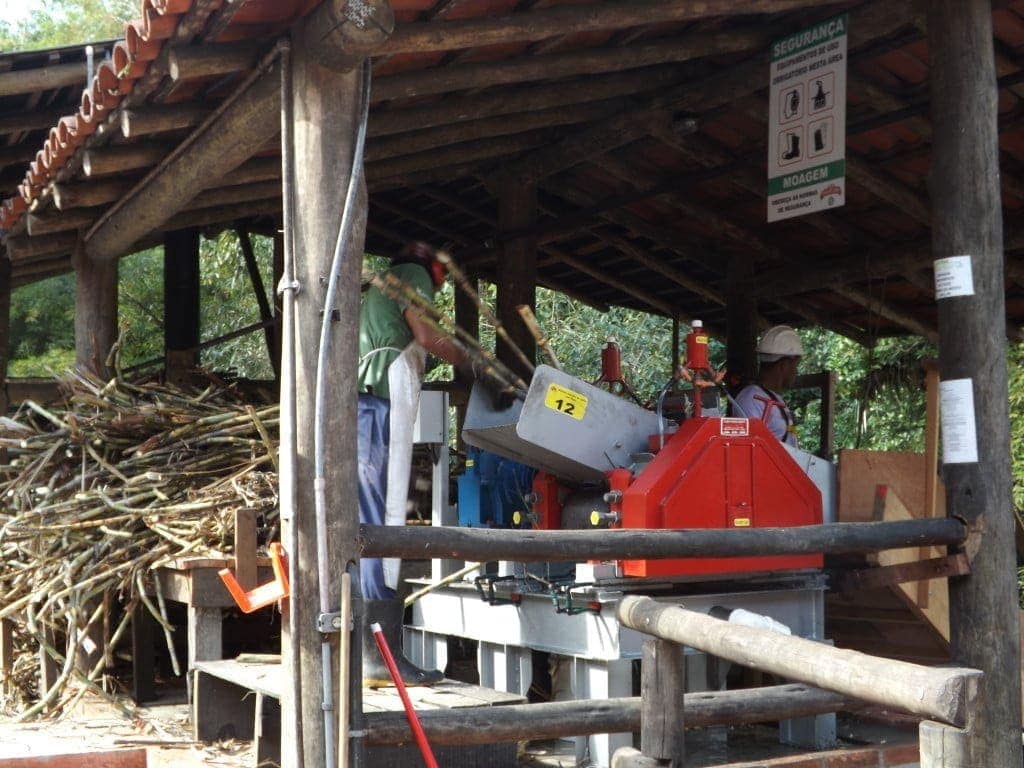 n ran down into a waiting barrel, while the leftover “bagasse” is used as biomass in the furnaces of the still. The liquid is then transferred to metal tanks in the “clean room” for around seven days, where fermenting agents are added to turn the sugarcane juice into wine, before moving through copper vats for purification. The first vat is heated to boil the liquid and turn it to gas, and the next cools it back into liquid form, ready to be transferred to barrels and aged.

The tour was interesting, but of course the best part is always the tasting. Back in the shop – which isn’t just limited to cachaça but also includes locally made dulce de leche and other goodies – we sampled lots of different cachaças. Starting with the cachaça silver, which had won 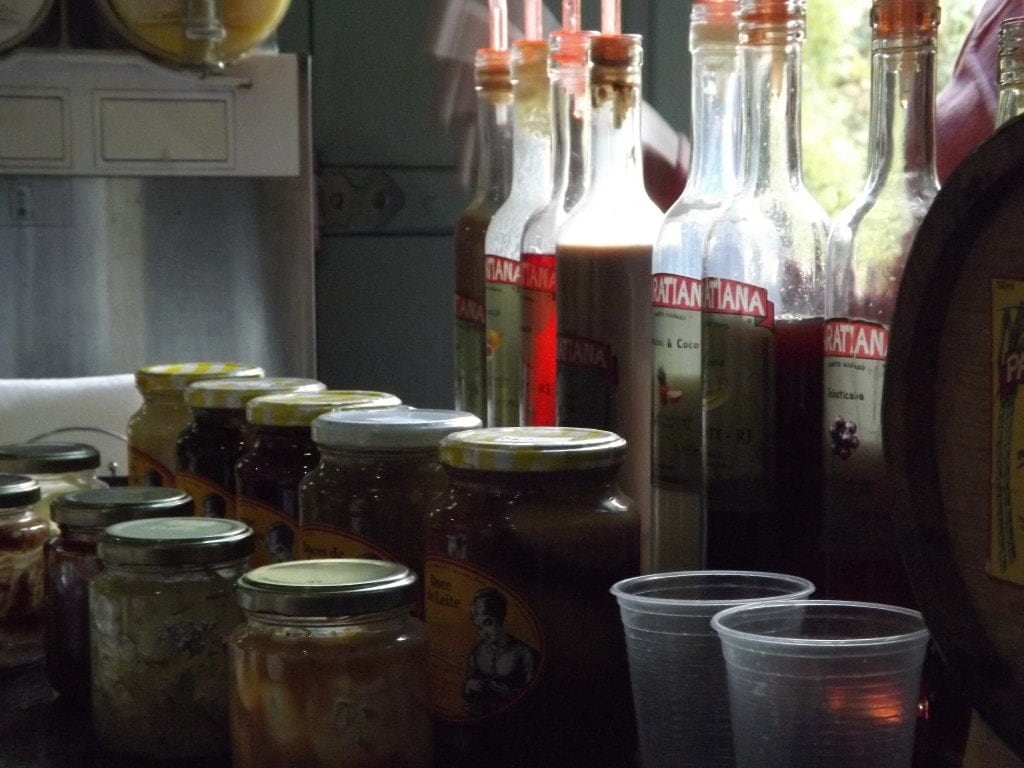 Gold Medal in a recent contest, we then worked our way through various flavoured drinks – including chocolate and chilli, pineapple and coconut, and maracuya (passionfruit). My favourites were of course the chocolatey ones, but I was also really surprised by the corn flavour. It was actually really sweet and creamy, sort of like popcorn flavour, and not at all how I had expected.

Tour over and sufficiently cachaça-fuelled, we headed back out into the Atlantic Forest to explore the nearby waterfalls. A trip to an Alambique is really interesting and something that should not be missed in Paraty, and I definitely recommend Alambique Paratiana for it’s friendly staff and delicious tasting!