We finished off our five days in the Argentinian Capital with a bang! More of a nuclear explosion, really: the Fuerza Bruta Buenos Aires show at the cultural centre in Recoleta Park.

This utterly bonkers experience was completely fitting with our extraordinary few days of excitement and new experiences in the city. And it’s definitely a must-see if you’re visiting Buenos Aires.

Some of you might have heard of the show, as it’s been touring the world for a few years, but Fuerza Bruta was born in Buenos Aires, Argentina. So, we were lucky enough to see the show on its home turf.

Insane is the right word. On arrival, we found ourselves in a red-lit bar where the music was pounding like a club on a Saturday night. Overhead, an upside-down car was rooted to the ceiling. This was a sign of things to come, because once the show started almost everything was above our heads. Fuerza Bruta Buenos Aires very much turned the real-world upside down!

When the doors opened, we followed the crowd into a huge, dark room with high ceilings and concrete floors that looked like a massive warehouse. Inside, we waited in uncertain silence at the edge of the room. Until suddenly, the lights came up to reveal five drummers on stage in red soldier jackets.

They pounded the drums, swinging their arms and entire bodies, chanting something that might have been Spanish or a made-up language. The music was frenzied, wild and almost desperate. As it built to a climax, a wind machine just below the stage was switched on, blowing fiercely strong, freezing cold air and swirling pieces of paper confetti into the crowd.

You Need to See it for Yourself

I desperately want to describe the whole experience in detail. But Fuerza Bruta is the kind of thing where you really need to go in knowing almost nothing, so that each new act is an incredible surprise!

It was the most ridiculous, breathless, wild show I’ve ever seen. A series of unbelievable acts involving crazy stunts, special effects, surreal lighting and just plain bizarreness that made things as simple as a man running seem like something from another planet.

Fuerza Bruta Buenos Aires was something like a cross between a circus and a rave. I’ve heard it described as being “like tripping on LSD”, but I can’t vouch for that. All I can say is that it’s unreal!

From animalistic, frenzied dances with flailing limbs and flawless synchronisation, to a floatingly slow chase scene played out way above our heads, to swimmers in a glass-bottomed pool of water suspended on the ceiling creating patterns with silhouetted bodies, water and coloured light… the whole thing was like a weird waking dream, culminating in a mad dance involving the whole crowd.

All I can say is if you’re in a city that’s hosting the Fuerza Bruta show, book your tickets now. It’s a genuinely indescribable and completely incredible experience!

TOP TIP: Take a jumper in with you. You will thank me! 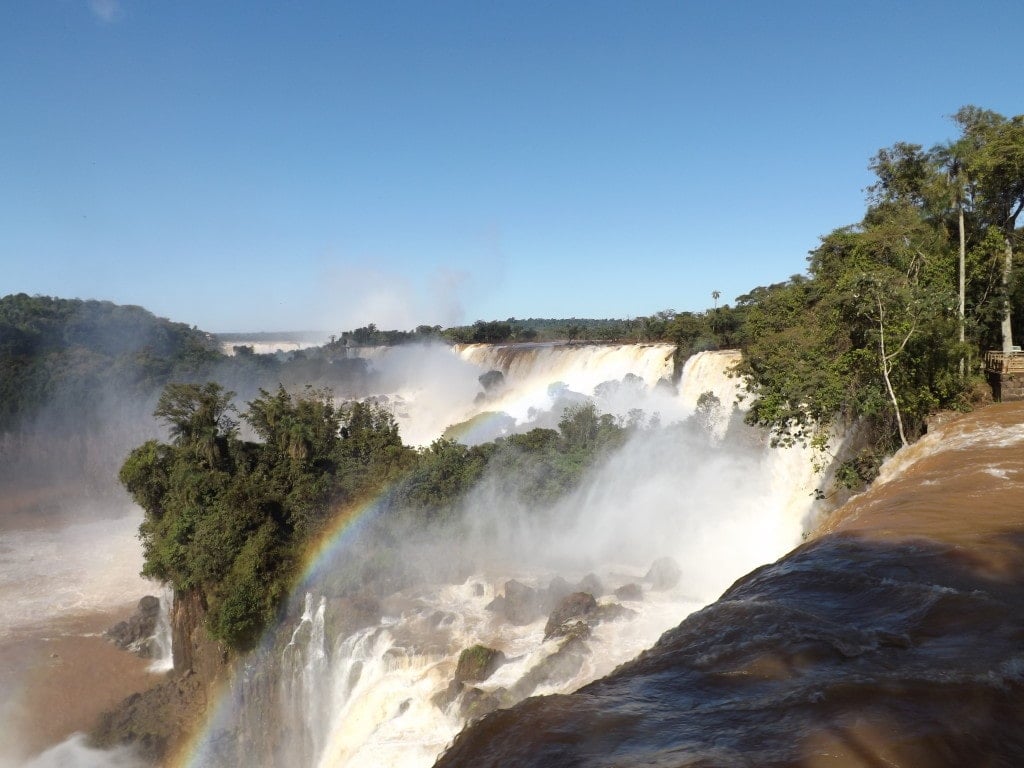 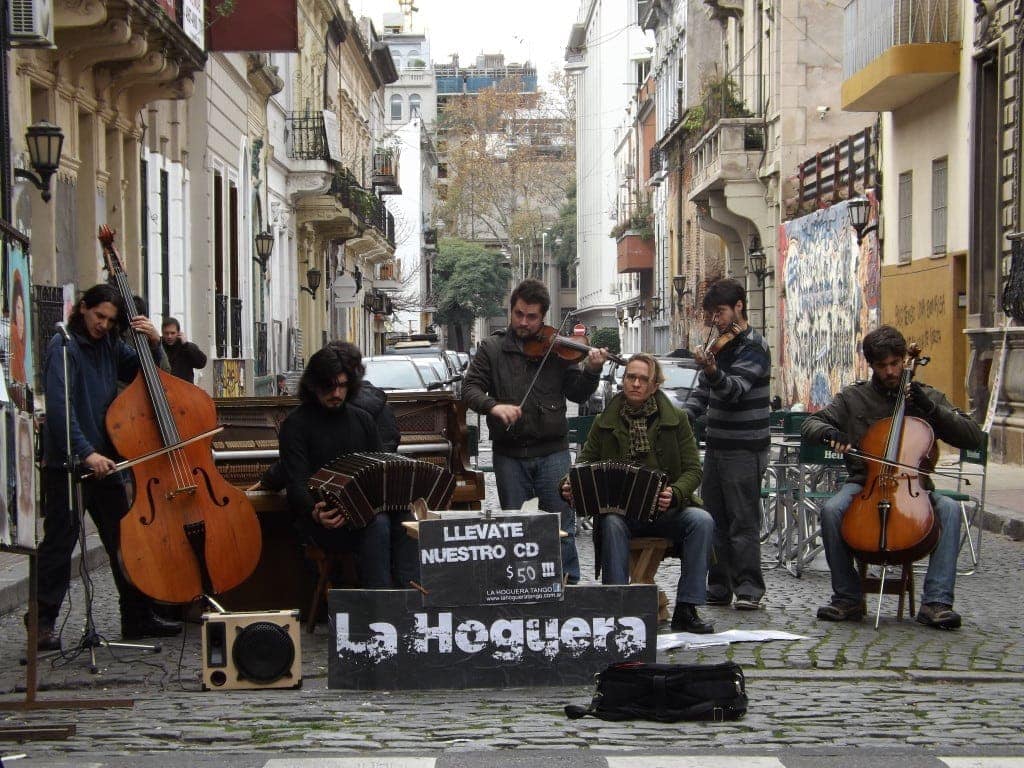 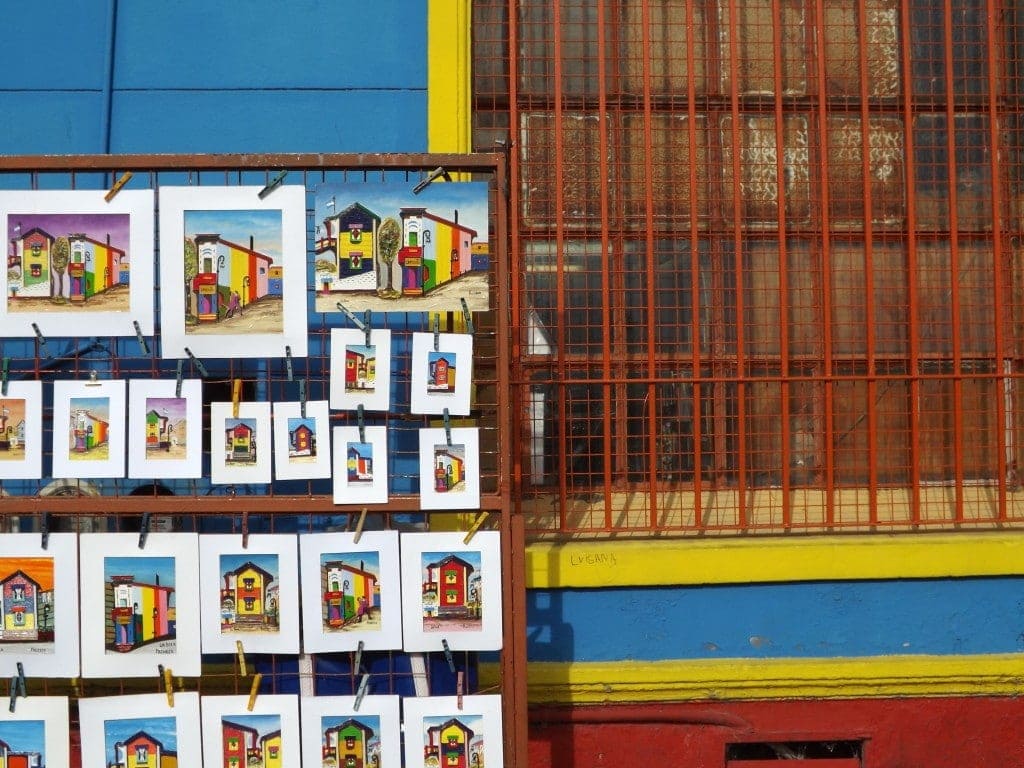 Some posts on this site contain affiliate links. If you book or buy something through these links, I earn a small commission (at no extra… Read More »Buenos Aires

8 thoughts on “Fuerza Bruta Buenos Aires – What to Expect”