Two Weeks in the Lake District 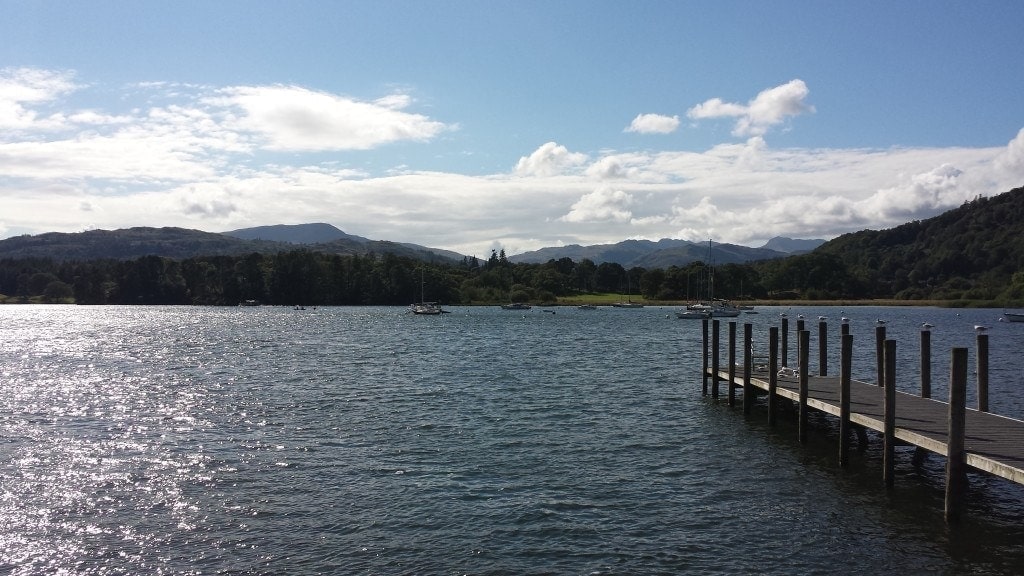 It’s strange how so many of us travellers are desperate to make our way around the world as much as possible, but tend to neglect the possibilities within our own countries. Exploring your home country is a great way to extend your travels in between trips abroad, so when we got back from South America at the end of July I decided that we should see a little more of the UK.

Thanks to Trustedhousesitters (check out my review here), we stayed in a gorgeous house in Cumbria for two weeks without paying for accommodation. With the national park more or less on our doorstep, we were free to explore as much as we wanted, as long as we took care of the house and the three cats, too. 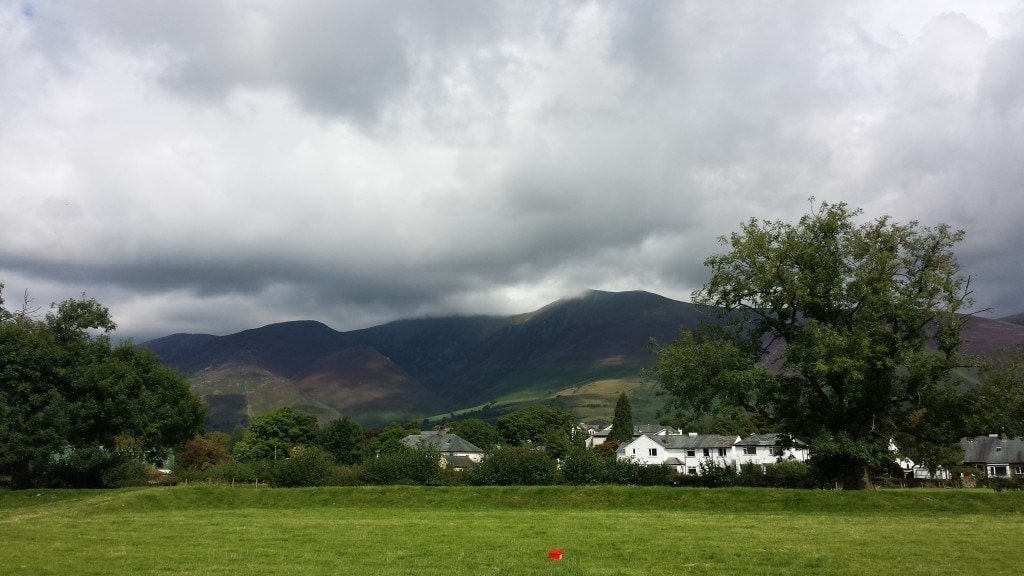 The Lake District is different to anywhere else I’ve been in the UK; rolling hills and fog-strewn peaks, hump-backed fells clad in a haze of heather that looks like maroon velvet, streams and waterfalls tumbling down hills, and dozens of enormous lakes, steely grey slithers glinting between slate-green hills or thick forest. The English summer made occasional appearances between clouds and rain, with lakes suddenly sky blue and the fields vividly green in the sunshine, but for most of the time the park was a grey, windswept drama of bad weather and rugged landscapes.

Luckily, the sun was out on our first visit, when we headed to Grizedale Forest for the all-new Go Ape zip trekking experience, which I’ve already reviewed. Afterwards, we enjoyed a pub lunch in the nearby village of Ambleside, a picturesque spot of crooked English houses and tiny 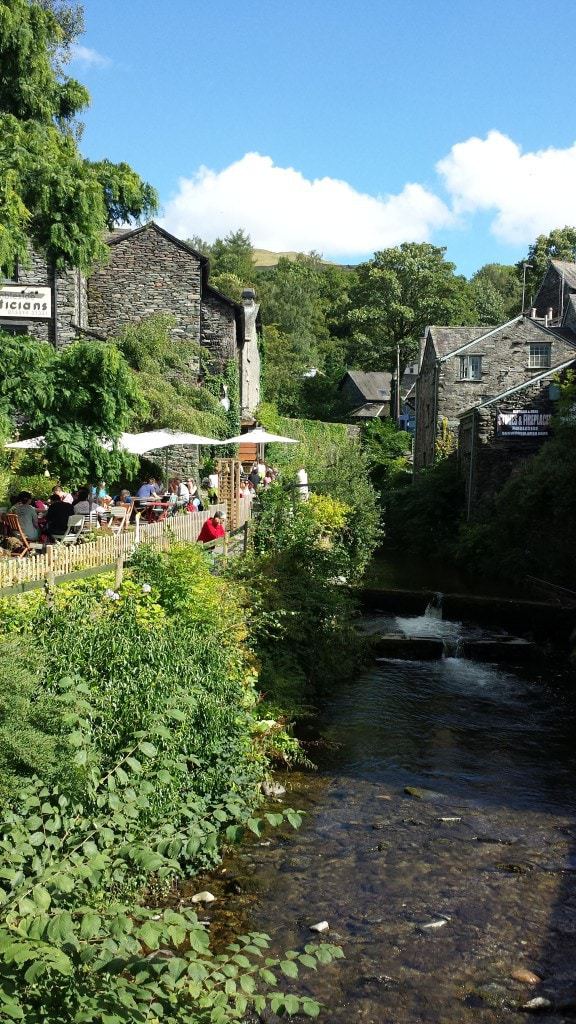 doorframes at the northern end of Windermere. After a truly British massive steak and ale pie, we walked the mile or so out of town to the tip of the lake, which was a shimmering, chilly blue under the cloudless sky. Set amongst a backdrop of rich forests and sweeping hills, the wind-ruffled lake really was gorgeous. A short walk along the shore led us to a clump of land that jutted out slightly into the lake, a small hillock of rough grass and twisted trees which dipped towards the choppy edge of the water, where we sat for an hour or so enjoying the brilliant sunshine and the gorgeous views of the lake. 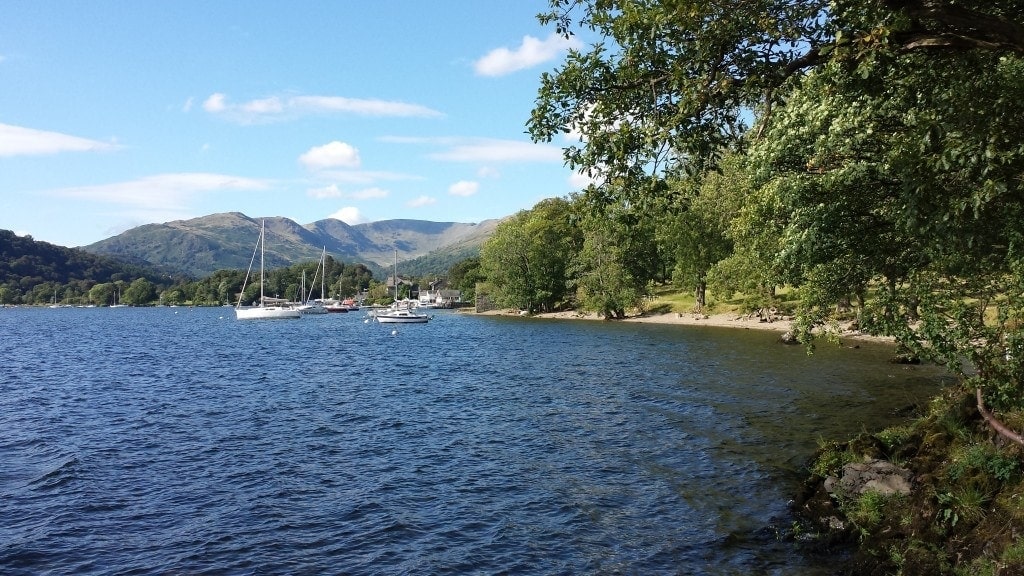 The following day, though, the weather crashed back to a traditional British summer of moody skies and drizzle. Undeterred, we headed back to the park with two friends for an afternoon walk, starting and finishing in a pub (as is only proper with a country walk). The five mile circuit from 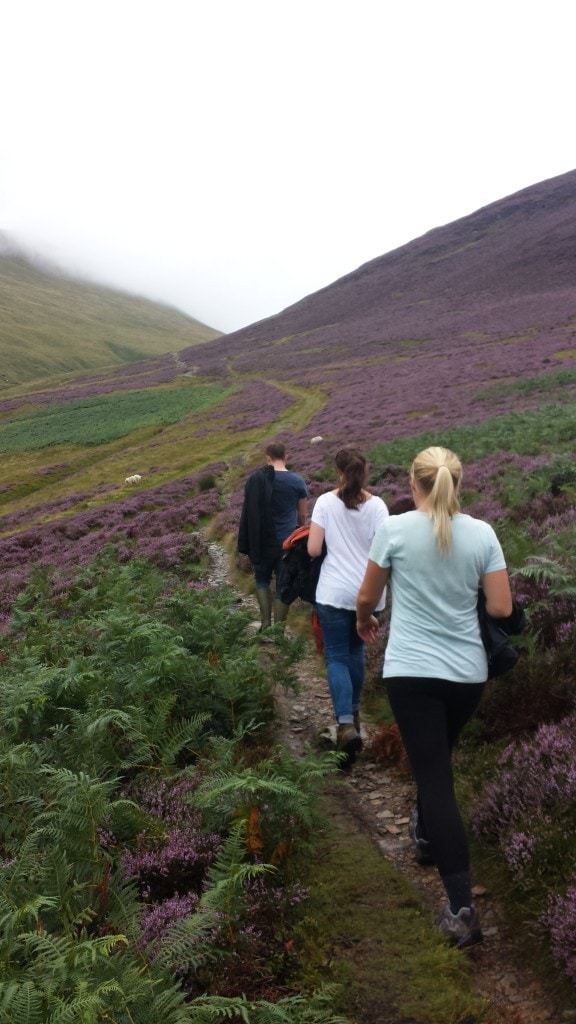 the Swinside Inn took us through a valley of wiry hedgerows and wet grass, past miserable cows blinking wearily in the rain, and up and along Barrow Fell via an ancient mining track. The day might have been dark and damp, and we may have been suffering with slight hangovers, but it was still a stunning walk through beautiful, if weather-worn, landscapes. Since the walk was rated ‘easy’ in our guidebook though, we weren’t quite prepared for the uphill slog that led us to the top of the fell and along it’s ridge; the wet path was steep and seriously hard work, which, combined with getting slightly lost a couple of times, meant that the ‘short’ walk took us several hours. After a quick drink at the pub we hurried home to our cosy housesit for a massive roast. 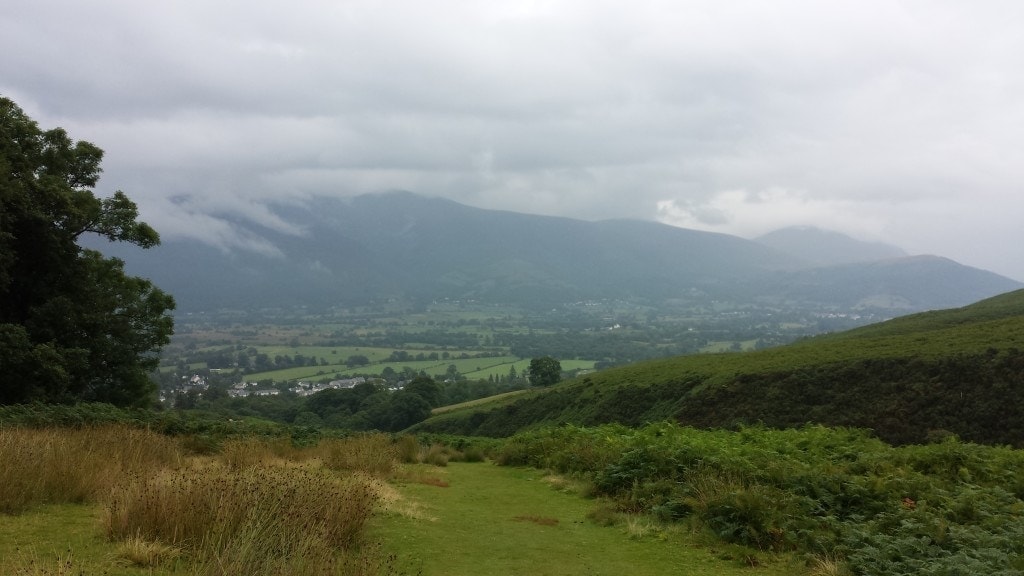 Over the two weeks of our stay, we made it into Carlisle for a whistle-stop tour of the town centre and the old castle, and took plenty of countryside walks around the town we were staying in, between rain showers, but mostly we took the time to chill out after a hectic few weeks 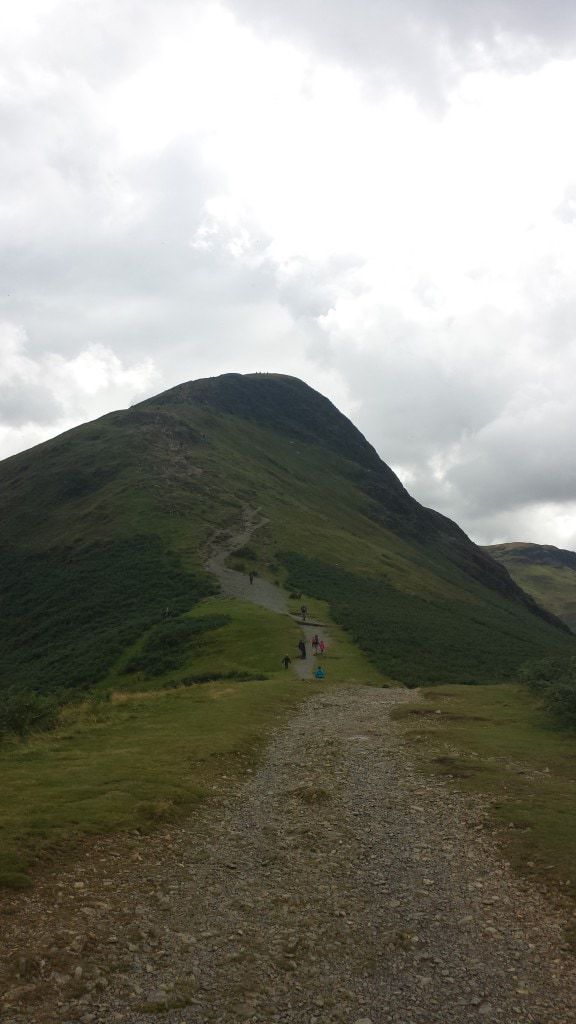 visiting friends and family after five months away! We did make it down to the national park one more time, taking a bus to Keswick which, at £10.50 for a day pass (unlimited travel within the lakes), is pretty convenient and a great way to avoid the congested carparks in the park.

This time, we headed to the popular, and supposedly ‘easy’ fell named Cat Bells. To extend the shortish circuit up and around the fell, we walked the mile or so from Keswick to Cat Bells, but you can take a ferry across the Derwentwater lake to skip that extra bit of walking. The hike up Cat Bells itself wasn’t quite so easy as the guidebook – which claimed it as a Sunday stroll suitable for grannies and young children – had made out; the uphill walk itself was tough enough for two slightly unfit people, but there were also some pretty tricky sections where we needed to use our hands to climb up what the guide called ‘rocky scrabbles’. 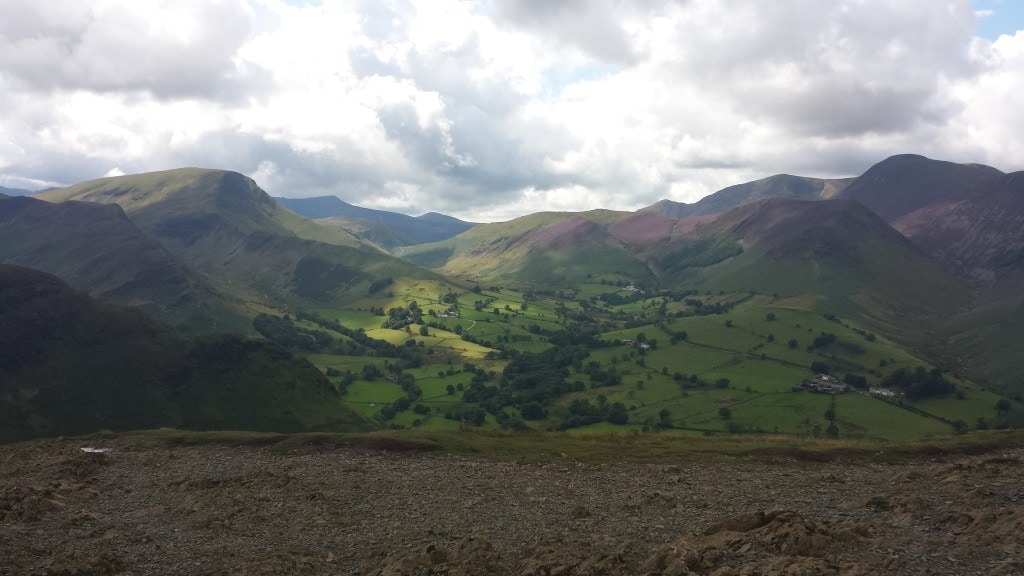 All the hard work paid off, though, when we reached the top and the sun cut through a slither of grey clouds to highlight sections of a 360° view which was absolutely incredible. On one side, the valley fell away in a clumsy 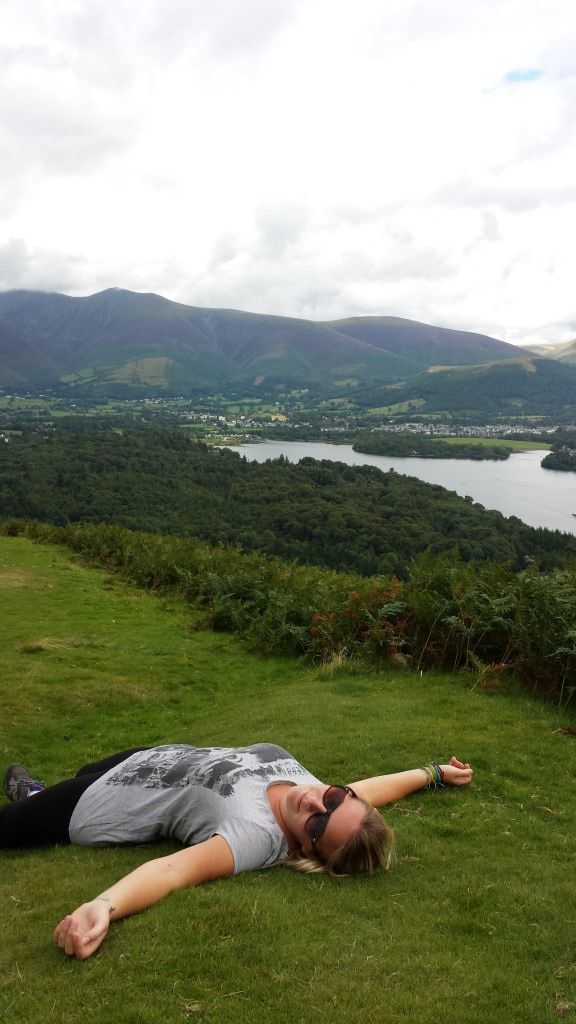 patchwork of soft green fields and neat hedgerows towards the sloping shape of Barrow Fell and some other grey-green peaks, while on the other the slope of Cat Bells dropped down to a dark emerald cloud of forest and then the shimmering silver of Derwentwater. The only thing spoiling the view was the popularity of Cat Bells, which meant that we were sharing the peak with a crowd of tourists, while all the surrounding fells were empty. 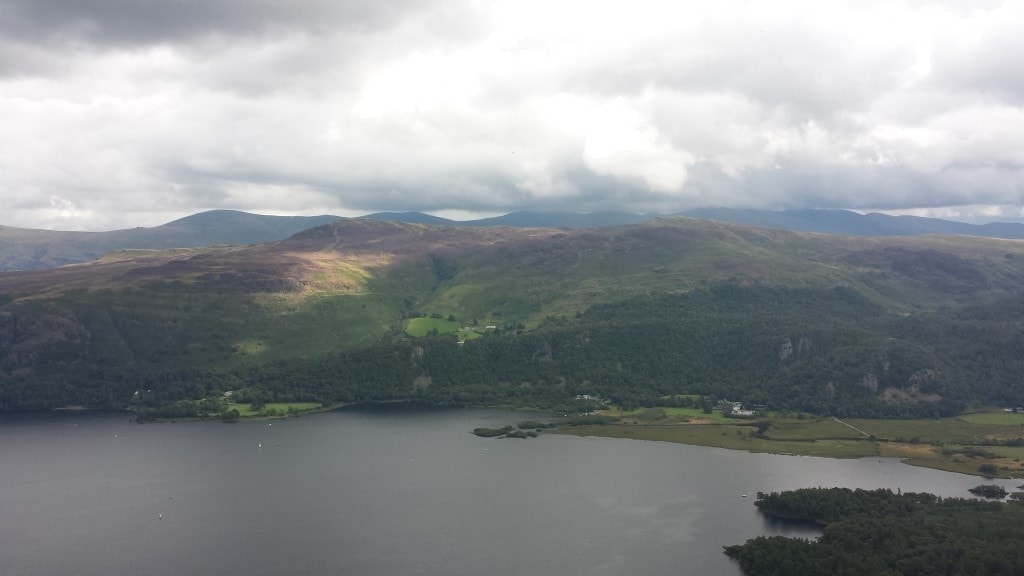 View of Derwentwater from Cat Bells

After a steep and tricky descent, we made our way back through the silently dripping, post-rain forest and around the lake to Keswick, where there was just enough time for a coffee and a cake to reward ourselves before the next bus.